India   All India  06 Dec 2019  Setting up website different from setting up nation: MEA on Nithyananda
India, All India

Setting up website different from setting up nation: MEA on Nithyananda

MEA has sensitised all its missions and posts abroad about Nithyananda. 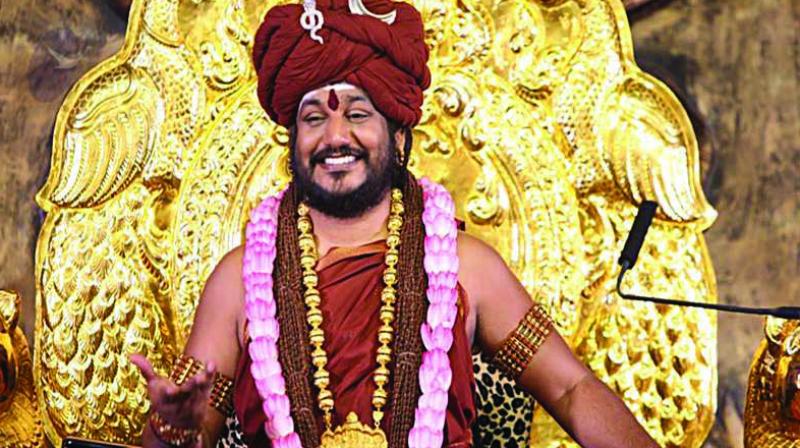 The government has cancelled the passport of rape-accused self-styled godman Nithyananda even as the Ecuadorian government denied that it has granted asylum to him. External Affairs Ministry Spokesperson Raveesh Kumar said all Indian missions and posts abroad have been sensitised to inform local governments so that he could be traced.

"We have sensitised all our missions and posts and told them to inform local governments about him," he said at a press conference.

Nithyananda is wanted in India for multiple cases including alleged rape and abduction. Kumar said Nithyananda's passport was cancelled before its validity was to expire in 2018 and that his application for a new one was also rejected because of cases pending against him.

Asked about reports that Nithyananda declaring founding his own country called 'Kailassa' in his website, Kumar said, "Setting up a website is different from setting up a nation."

In a related development, the embassy of Ecuador, in a statement, categorically denied that the Nithyananda was given asylum by it or has been helped by its government in purchasing any land or island in South America near or far from Ecuador.

There were reports that the self-styled godman purchased an island in South America with the help from Ecuador. It said Ecuador denied the request for grant of refuge by Nithyananda and later on, he left Ecuador presumably on his way to Haiti.

"All the information, whatever, which is published in digital and print media in India, is based on the information which allegedly has been sourced from https://kailaasa.org, a website which is supposedly maintained by Nithyananda or by his people," it said.

"Henceforth all digital or print media houses should refrain from citing Ecuador in any form in all pieces of information related to Nithyananda," it added.