‘I am a vegetarian, never tasted it,’ says Ashwini Choubey on onion price hike

Choubey said, 'I am a vegetarian. I have never tasted an onion. So, how will a person like me know about situation of onions.' 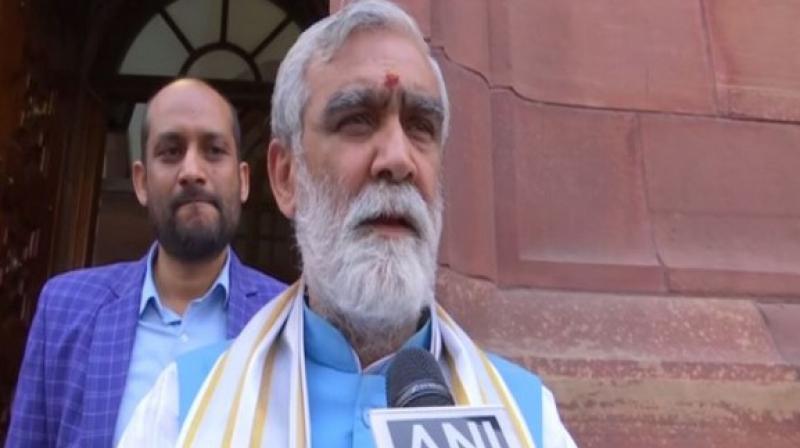 However, after receiving flak for the statement the Minister of State (MoS) for Health and Family Welfare clarified that his statement was being quoted out of context. (Photo: File)

New Delhi: When the onions have left citizens teary-eyed due to unprecedented hike in the prices, Union Minister Ashwini Kumar Choubey on Thursday came out with a bizarre remark saying how he would know about the market prices of onions if he himself does not consume it.

Speaking to ANI, Choubey said, "I am a vegetarian. I have never tasted an onion. So, how will a person like me know about the situation (market prices) of onions."

However, after receiving flak for the statement the Minister of State (MoS) for Health and Family Welfare clarified that his statement was being quoted out of context.

Choubey added that he himself came from a family of farmers and was aware of their difficulties, and added that one could eat or abstain from eating anything depending on one's choices.

"The farmers grow onions and other crops, I myself come from a rural background, we used to grow it too. Yes, I do not consume it, I am 'Saatvik' I do not eat even garlic, what is the news in that. Some people are vegetarians and others are non-vegetarians. There is a futile attempt to make a controversy out of it," he told ANI here.

"It is a futile attempt to create news out of nothing, the Centre is fully aware of the situation and is working hard to ensure that the farmers get the right prices for their crops," he added.

Earlier on Wednesday, Sitharaman had elaborated on key measures being adopted by the centre to bring prices under control.

The minister dismissed opposition charges about fear factor in the economy and said that that government has taken a series of steps to check the steep rise in onion prices including imports.

Sitharaman, who was replying to the debate on the first batch of supplementary demands for grants for 2019-20, said that onion price surge was due to factors such as a reduction in the area of cultivation and production.

The minister, who laid stress on greater scientific storage of onions also said in response to opposition interruptions, that she does not eats much of onions and garlic and comes from a family where there is not much consumption of the two kitchen ingredients.