The file has been forwarded to the President for consideration and final decision. 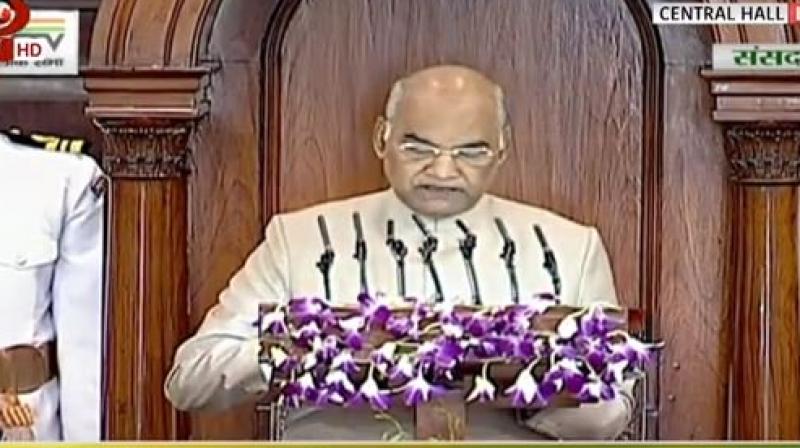 New Delhi: The Union Home Ministry has sent to President Ram Nath Kovind the recommendation of the Delhi government rejecting the mercy plea of one of the convicts in the 2012 Nirbhaya gangrape and murder case, officials said on Friday.

The letter by Nirbhaya's parents stated that the mercy petition was a "deliberate" attempt to avoid the execution of the death sentence and hamper the dissemination of justice.

They stated that the trauma, pain and the agony suffered by them was unbearable and the wait for justice is getting longer and longer.

In 2017, the Supreme Court had dismissed the appeal and the review petition of the convicts and confirmed the sentence awarded.

The move came two days after the file rejecting the mercy plea was sent by Delhi Lieutenant Governor Anil Baijal to the Home Ministry. The file has been forwarded to the President for consideration and final decision. The Home Ministry has also commented in the file recommending the rejection of the mercy petition of one of the convicts in the Nirbhaya gang-rape case, the official said.

Vinay Sharma, one of the convicts facing the gallows for the rape-and-murder of a 23-year-old paramedic student, had filed the mercy petition before the President. Nirbhaya was gangraped on December 16, 2012. She later succumbed to her injuries.

The brutality of the rape had rocked the nation leading to massive protests. The rejection of the mercy plea of the Nirbhaya gangrape came at a time when there was nationwide outrage over the gangrape and murder of a 25-year-old veterinarian in Hyderabad.