Indian Govt has received request of consular access from British High Commission for Michel, and is examining the matter. 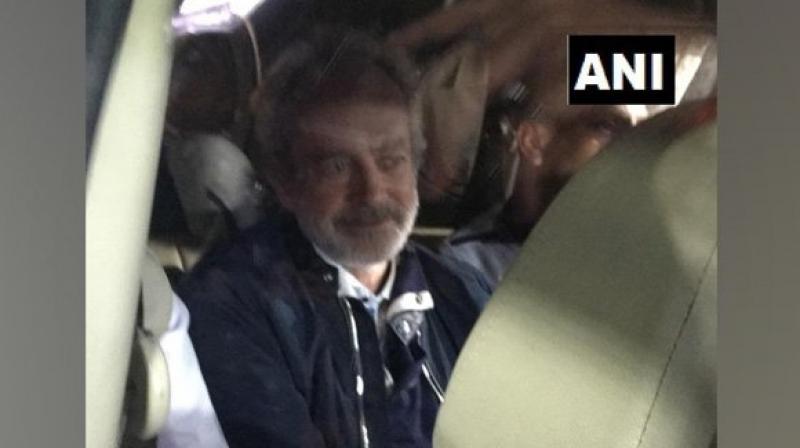 Christian Michel is a British citizen and the alleged middleman in the Rs 3600 crore AgustaWestland deal. (Photo: ANI)

Michel is a British citizen and the alleged middleman in the Rs 3600 crore AgustaWestland deal.

ANI sources in the Indian Government said that the government has received the request of consular access from British High Commission for Christian Michel, and is examining the matter.

Michel was extradited to Delhi from UAE on Tuesday night and a court in the national capital on Wednesday remanded him to five-day Central Bureau of Investigation (CBI) custody.

During the hearing, Special Public Prosecutor Advocate DP Singh appeared for the CBI and asked for 14-day custody of Michel for a thorough probe.

Michel's counsel Aljo K Joseph had opposed it and had also moved a bail plea for Michel.

The court kept the bail plea pending for next hearing and allowed Michel's counsel one hour each in the morning and evening for consultancy.

According to CBI sources, Michel complained of anxiety during questioning by CBI and subsequently, he was given medicine.

On Tuesday, the CBI had issued a statement saying: "Wanted fugitive criminal Christian Michel James who has been avoiding criminal proceedings in India in AgustaWestland Case is being extradited by UAE Authorities to India. Under the guidance of Ajit Doval, National Security Advisor (NSA), the entire operation is being coordinated by Incharge Director/CBI M. Nageswara Rao. A team lead by A Sai Manohar, Joint Director/CBI has been to Dubai for the purpose."

The Rs 3,600 crore AgustaWestland VIP helicopter deal, finalised during the previous government of Manmohan Singh, had got mired in allegations of kickbacks.

According to the Enforcement Directorate charge sheet filed in a court two years back, Michel had received kickbacks to the tune of 30 million Euros from AgustaWestland for the deal involving a purchase of 12 VIP helicopters.

The deal, signed in 2007, was scrapped in 2013 following the bribery allegations.

CBI had filed charge sheet in a trial court on September 1, 2017 against Christian and 11 other accused persons.

The trial court took cognisance of the offences on October 11, 2017.

CBI's request for extradition was forwarded to the UAE authorities on March 19, last year through diplomatic channels.

Extradition proceedings were held before UAE Court against Christian on the extradition request of CBI. Vide order dated November 19, 2018, the Court of Dubai upheld the lower court decision for possibility of extraditing Christian to Indian authorities. Accordingly, Christian was extradited to face legal proceedings.