The principal opposition party in Mizoram is, however, confident that Cong or UPA will not come to power at the Centre in 2019 LS polls. 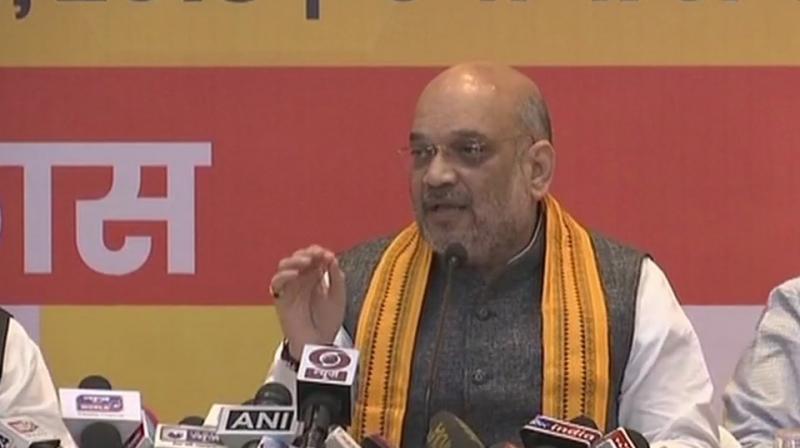 Aizawl: Mizo National Front, a constituent of the BJP-led North-East Democratic Alliance or NEDA, dismissed Amit Shah's remarks that the party will rule India for the next 50 years if it wins the 2019 general elections, saying he is not a God and the prediction is an exaggeration.

The principal opposition party in Mizoram is, however, confident that the Congress or the UPA will not come to power at the Centre in next year's general elections.

Former chief minister and MNF chief Zoramthanga told news agency PTI in an interview that his party and the BJP can never be allies in the hill state because of BJP's "Hindutva politics".

"The Congress is not coming to power again in 2019 at the Centre and nobody can predict how many decades it will take to form the next government," the veteran politician from the northeast said.

"For decades, he (Amit Shah) may predict that Congress will not come to power. But to predict for 50 years or 100 years, it is rather an exaggeration," Zoramthanga said.

In September, Shah had said at the BJP's National Executive meet that the party will win the 2019 elections because of Prime Minister Narendra Modi's hard work and then no one can dethrone it for the next 50 years.

Talking about the relations between the MNF and the BJP, the two-time chief minister said he was completely against the BJP as far as the ideology and other things are concerned.

"Because we are Christians. They want to promote the Hindutva. We cannot be together as far as these things are concerned. We have a different ideology."

"But as far as the country is concerned, the NDA is better than the UPA and that is why we joined them at the Centre. But ideologically, the MNF and the BJP are poles apart. The BJP knows it very well," he said.

The Congress has been in power in Mizoram since 2008 and is eyeing a third consecutive term. In the 2013 elections, the Congress had won 34 seats, while the MNF got five and Mizoram People's Conference one.

Mizoram went to polls on November 28 and counting of votes will be taken up on December 11.