Can we repair the train while it is running? 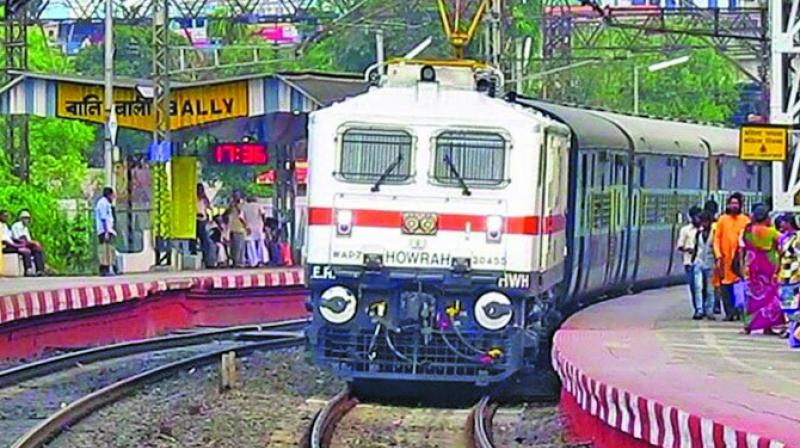 The Indian Railways has been treated as a political tool by successive governments.

Every time an accident happens, heads roll and a few railway officials are punished but clearly this does not seem to change the scenario much.

Therefore, we may need to remind ourselves of how we landed ourselves into this situation and what is that we can do to improve it.

Stocktaking must start from a simple acknowledgement that among other things, the Indian Railways has been treated as a political tool by successive governments. Back in the early 20th century, most of the Indian Railways was nationalised but since its budget formed a significant portion of the total finances of the exchequer, a practice of separate Railway budget was institutionalised from 1924 to ensure that it acts as a commercial undertaking having flexibility in financial matters and higher accountability in administration and operation.

But over a period of time what evolved out of this arrangement was a split personality for Indian Railways – an observation also made in the Indian Railways Report 2001 authored under the chairmanship of Rakesh Mohan.

The report suggests that on one hand Railways was to act like a self-sufficient commercial organisation while on the other, it has had large social obligations to discharge by virtue of the fact it was a government department.

It goes without saying that the performance parameters of commercial projects can be quite different compared to social projects. While the former may entail focus on elements like revenue, profits or return on capital the latter may demand expansion of connectivity or increase in traffic.

Keepinga Janus face has not been easy for the Railways. Successive Railway ministers have used their positions to announce new trains, non-cost reflective tariffs and at times, unviable projects to increase their appeal to masses. An important question today is: could railway safety be correlated to all or any one of these factors? It can’t be said for sure just yet though there are reports suggesting that from over a thousand sections in which the total track length of railways is divided, roughly half run on full capacity, and this is where most accidents occur. While only detailed research will reveal more, the logic is simple – too many trains, too much wear and tear, and too little time to repair are a sure recipe for manmade disasters!!!

After over 90 years, the government of India decided to yet again merge the railway and general budgets. Among other things, this move is expected to depoliticise Indian Railways and restore its character as a commercial undertaking while facilitating multimodal transport planning between highways, railways and inland waterways. If executed properly, this may reflect on all aspects of Railways including safety. That said, a concurrent need is to also examine the role of Commission on Railway Safety (CRS) – a body charged with the sole responsibility of ensuring railway safety.

So far the evidence suggests that CRS has left much to be desired. This is clear from a plain reading of Kakodkar Committee Report on Railway Safety which came out in 2012. The committee made a whopping 106 recommendations covering various aspects which included General Safety Matters, Organisational Structure, Empowerment at Working Level, Safety Related Works and Issues, Filling up of vacancies in critical safety categories and Manpower Planning Issues, among others.

The quantum of recommendations and the numerous categories they are made under goes on to show that not only is there a need to have a holistic approach towards rail safety but the same needs to be implemented in earnest. In a written reply to a question in Lok Sabha a few months ago, the Minister of State for Railways stated that while majority of recommendations of the committee have been accepted, only 22 have been implemented.

The committee also recommended the creation of a statutory railway safety authority. A recent report by the World Bank also echoes a similar sentiment. This, however, must be discouraged as India already has in CRS an independent and statutory authority on rail safety. Commissioners of Railway Safety are recruited from among the officers of Indian Railways but they do not revert to Railways so as to ensure their independence.

Moreover, CRS is under the control of Ministry of Civil Aviation so that it can work impartially. Our focus should instead be on how to empower CRS and expand its scope of work.

Among other things, this could be done by having CRS carry extensive exante investigations and by investigating all kinds of railway accidents, which it currently is not obliged to do due to technicalities embedded in the definition of railway accidents. As a result, the data on loss of life and property also does not adequately represent the real picture. In the words of economist Bibek Debroy, in 2015, over 25,000 people died in train accidents and over 2,500 died because of railway crossing accidents. The number was similar for 2014. However, the Indian Railways reported zero fatalities from collisions, derailment and fire and only 159 from accidents at level crossing for the year 2014-15. Clear fudging!

To put it simply, the cause of the problem of Railway Safety is manifest in just one single fact, that between 1950 and 2016, while passenger and freight traffic has increased in excess of 1,300% and 1,600% respectively, the Railways’ route kilometres have increased by a mere 23%. Such slow expansion of rail network has caused severe congestion and safety compromises.

The question we should be asking ourselves is - are our priorities for Indian Railways really well-redefined?