The wild tuskers frequented in the area in search of food. 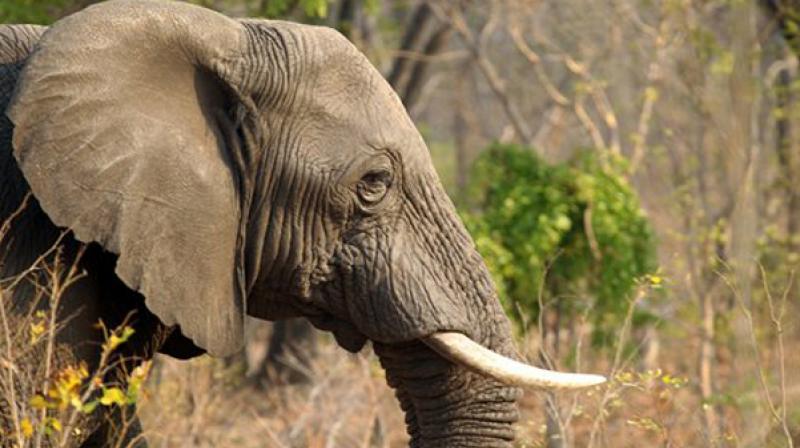 The driver of speeding Kanyakumari-Dibrugarh Vivek Express could not spot the heard of elephant and ran over them. (Representational image)

Guwahati: Three elephants were killed after a speeding train rammed into a heard of elephants in Assam on Monday.

The forest officials said that the incident took place at about 12 midnight when a heard of elephants was crossing over a railway track near Hojai in central Assam. The driver of speeding Kanyakumari-Dibrugarh Vivek Express could not spot the heard of elephant and ran over them.

“One of the elephants was a four-year-old female, while two others were pregnant. One of them aborted a two-month-old foetus after the accident and we found a four-month-old foetus inside the other during the post-mortem,” local forest officer Shafiqur Rahman, who visited the spot soon after the incident, said.

The locals who witnessed the tragic incident alleged that train was moving at very high speed despite the area being known as wild elephant corridor. The wild tuskers frequented in the area in search of food.

The heard of nearly 25 wild elephants from Karbi Anglong district was crossing over the railway track near a railway bridge at Jogijan when incident took place. To protect human habitation from wild elephants, a team of ant-depredation squad was also present in the area, forest officials said adding that it failed to prevent the accident.

The railways however claimed that the place where accident took place was not notified as elephant corridor so there was no speed restriction on trains passing through that section.

Forest minister Pramila Rani Brahma said that she has asked the forest officers to take up the issue with Northeast Frontier Railway to avoid such incidents in future.

The officials said that there were 27 identified elephant corridors falling under Northeast Frontier Railways, including two temporary ones. The loco-pilots have instruction to restrict speed to a maximum of 50 km while crossing these corridors.

It is significant that this was the second incident when speeding train has rammed into the heard of wild elephants on railway track. In September, two adult elephants were killed by the Dibrugarh-bound Rajdhani Express on the Assam-Nagaland border.