Doctors in Jaipur save man with 11,816 gallstones 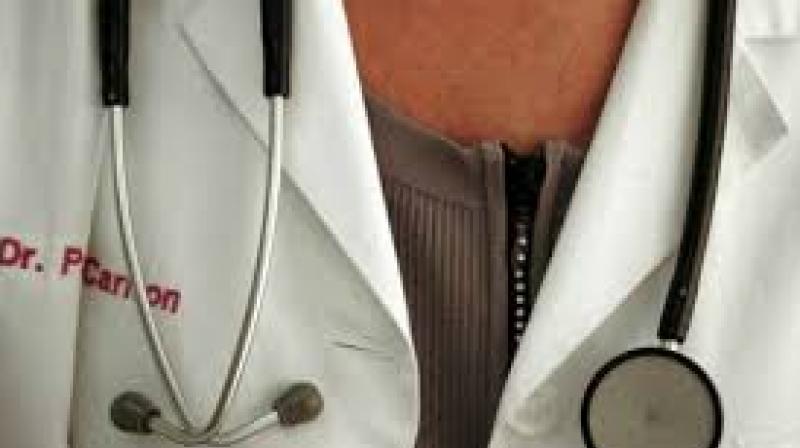 It took three days for counting and re-counting the exact number of stones. (Representational image)

Jaipur: Doctors at Sawai Man Singh Hospital  in Jaipursaved the life of a 46-year-old businessman by removing 11,816 stones from his gallbladder. He was operated using the laparoscopic technique.

It took three days for counting and re-counting the exact number of stones. Even the family members of the surgeon, who spearheaded the surgery, helped him counting the stones.

It is for the first time, such a large number of gallstones were removed in the SMS hospital. This surgery was performed by Dr Jeevan Kankaria, under the guidance of Dr R.K. Jenaw with the assistance of Dr Mahendra. The hospital has applied for a registration in the Limca Book of Records. The report of this unique surgery has also been sent for publication.

According to the doctors, the case was not only complicated but was also risky. The patient’s gallbladder was two times bigger than a usual one and was completely filled with gallstones without any bile in it. “Luckily, there were no stones found in common bile duct (CBD). There were more than 11,800 stone in his gallbladder but not a single stone was found in CBD, which could cause jaundice in the patient,” Dr Kankaria said.

The stones which were removed from the gallbladder were having almost same size. The biggest stone was of the size of 3.2mm. Some were 2mm or 2.5 mm size. The surgeons have now sent the samples of stones removed for analysis in the laboratory to find out exact cause of such stones in a patient.

The astonishing fact came to light when 46-year-old businessman Vinod from Balakpur, Mathura approached doctors here. He was suffering from abdomen pain for the last one year. When the pain used to aggravate, Vinod would take random painkillers to ease it. However, it soon became worse with time and after some tests, it was discovered that he had swelling in his gallbladder.

Even CT scan also failed to find out that there were so much stones in the gallbladder. “In the CT scan report, it was not clearly mentioned that the gallbladder had stones. The stones were in such a huge quantity that CT scan too failed to diagnose the problem,” the doctor said.

Due to his severe condition, he was admitted on November 17 but because of high sugar level couldn’t be operated upon till 23rd.