Even as parties to the case sought four weeks to file their responses on the plea but court posted it after 10 days. 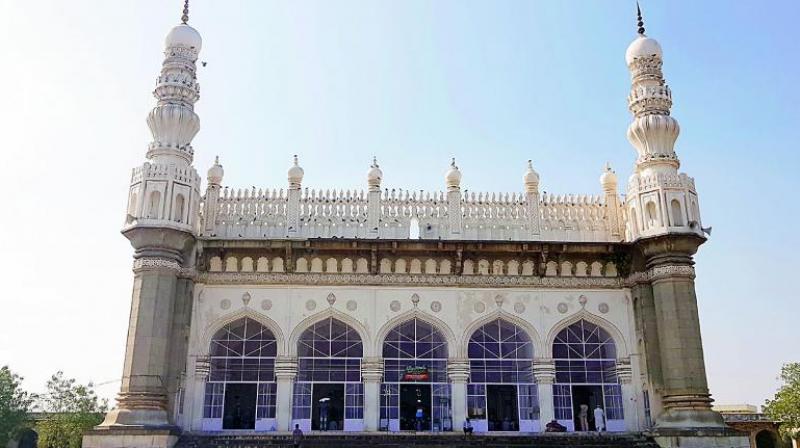 A petitioner Yasmeen Zuber Ahmed Peerzade who had moved the top court seeking the declaration that prohibition was illegal and discriminatory has contended that women are permitted in Mecca but not in mosques in India.

New Delhi: The Supreme Court on Tuesday adjourned for 10 days hearing on a public interest suit seeking declaration that the prohibition on the entry of women in mosques was illegal and unconstitutional.

A Bench comprising Chief Justice designate Justice S.A.bonde, Justice S. Abdul Nazeer and Justice Krishna Murari adjourned the hearing for ten days observing  “We are adjourning it for 10 days for a different reason...”

Even as parties to the case sought four weeks to file their responses on the plea but court posted it after 10 days.

The court had in an earlier hearing said that it would be hearing the plea for the entry of women in mosques only because of its judgment in Sabarimala temple. In last hearing of the matter on October 25, 2019, the top court had given a week’s time to the Centre, National Commission for Women (NCW), Central Waqf Council, and All India Muslim Personal Law Board (AIMPLB) to file their response.

A petitioner Yasmeen Zuber Ahmed Peerzade who had moved the top court seeking the declaration that prohibition was illegal and discriminatory has contended that women are permitted in Mecca but not in mosques in India.

The congregation of men and women in Mecca are separate. As the petitioner in the first hearing of the matter on April 16 this year had argued that the practice of not letting women enter the mosques was violative of Article 14 of the constitution guaranteeing equality before law, the top court had asked could it be invoked by an individual against another individual — a non-state actor. Pointing out violation of Article14 could only be invoked against the State, Justice Bobde in the first hearing had questioned, “All those present in the mosque are individuals and they are not cast in concrete. Where does the State comes here. Is mosque a State, is temple a State, is Church a State?” “Can you invoke Article 14 asserting equality of treatment against another citizen”, Justice Bobde had asked pointing that Article 14 says that “the State shall not deny to any person equality before the law or the equal protection of the laws within the territory of India.”

Finding the response to the posers by the court “unsatisfactory”, Justice Bobde however, had made it clear in the April 16 hearing that “We may hear you because of our judgment in Sabarimala case. We don’t think you are giving satisfactory answers to our question.”

The petitioner Yasmeen Peerzada has contended that  “A mosque is not an individual person. There are no records stating that the Holy Quran and Prophet Muhammad had opposed women entering mosques.”

Pointing to different prevailing practices on the entry of women in mosque, the petitioner has told the court that “At present, women are allowed to offer prayers at mosques under Jamaat-e-Islami and Mujahid denominations, while they are barred from mosques under the predominant Sunni faction.

The petitioner has cited the top court’s Sabarimala judgement that states that “religion cannot be used as cover to deny rights of worship to women and it is also against human dignity. Prohibition on women is due to non-religious reasons and it is a grim shadow of discrimination going on for centuries.”