Mr Choubey, conservation enthusiastic, has literally made physical verification of “every inch” of the “ancient” fortification. 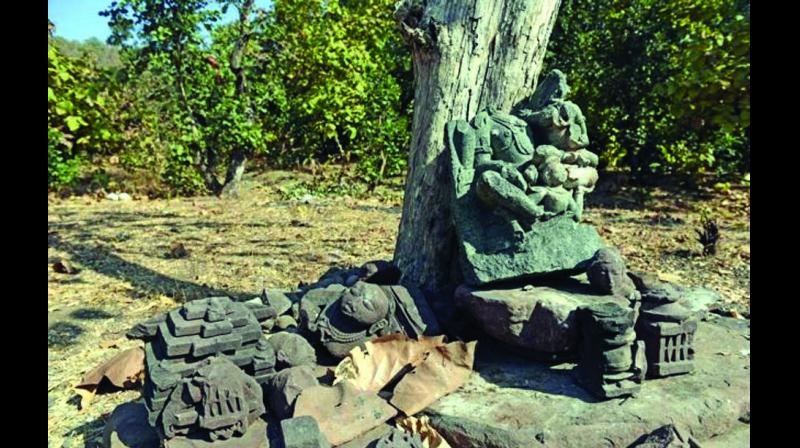 The fortification stands as high as 15 ft at some places but lies in ruins in some other places.

Bhopal: An 80 km-long fortification crisscrossing through teakwood forests and Vindhyachal range of mountains in Madhya Pradesh’s Raisen district has remained an enigma for archaeologists and historians, denying the ancient gigantic wall a place among prominent heritage sites of India.

Originating from a forest near Gorakhpur village, nearly 150 km from Bhopal, and ending at Chowkigarh, the fortification stands as high as 15 ft at some places and lies in ruins in some other places. A stretch of the wall also lies unfinished.

“Physical verification of the fortification clearly establishes that it is a continuous structure, at least at the planning level. A vast stretch of wall is exposed prominently, while a portion of it lies in ruins.

There are heaps of evenly cut stone bricks found at some place along its route indicating that the particular stretch could not be completed due to some reasons,” Rajiv Choubey, who along with retired archaeologist of Archaeological Survey of India (ASI) Narayan Vyas and historian Vinod Tiwari has recently completed physical verification of the fortification, told this newspaper on Tuesday. 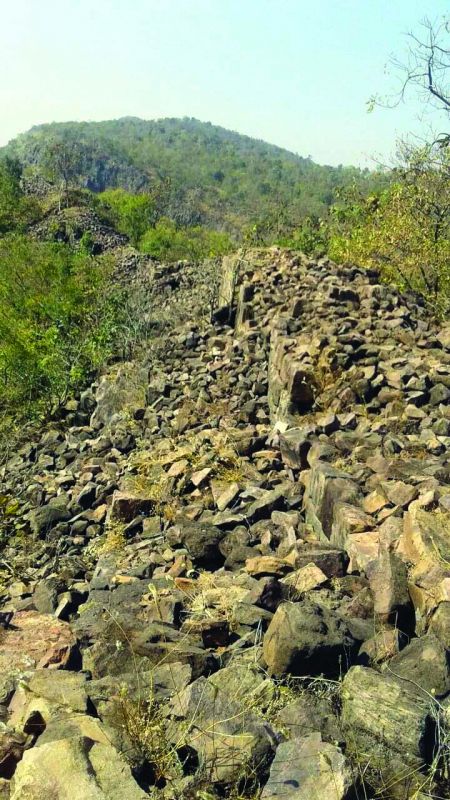 Mr Choubey, conservation enthusiastic, has literally made physical verification of “every inch” of the “ancient” fortification.

This would be the longest wall of India after Kumbalgarh in Rajasthan (36 km), he said.

“Preliminary examination of the structure suggests that the fortification may be 1000-year-old, built during the rule of Parmar dynasty that ruled west-Central India in 9th-13th century. But, more archaeological studies are needed to ascertain the exact period when it was built”, Mr Vyas told this newspaper. The wall is made of sandstones, evenly cut and interlocked.

“Remains of temples found near the wall at some places matches with Parmar style of temples. Moreover, the fortification’s interlocked technique matches the building design of Bhojeswar temple, built during Parmar period, near Bhopal,” he said. “Parmar dynasty had a history of hostility with Kalchuri kingdom,” Mr Vyas said.

He, however, said no archaeological or historical evidence has been found so far to establish that the fortification dated back to Parmar era.

Incidentally, neither ASI nor state archaeology department appears not keen to list it a protected site to undertake its conservation.

“We have made several representations to state government to take up its conservation and restoration work. But, nothing was done yet”, Mr Choubey said.