As many as 25 general health team vehicles that will check the chlorine level of water have also been sent to various affected areas from 8.00 am. 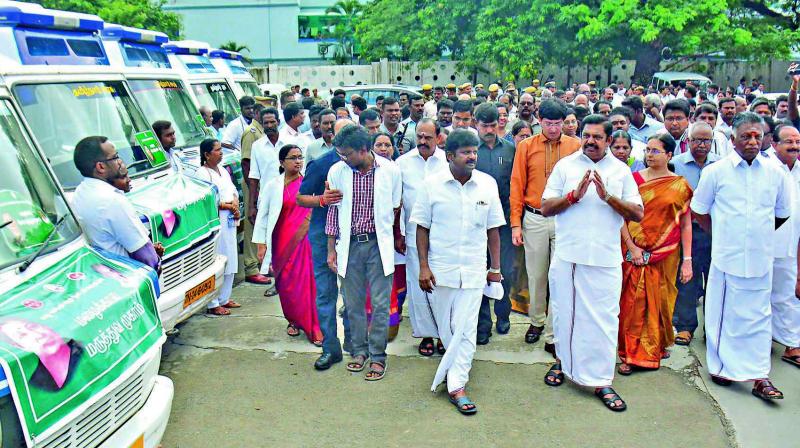 The Directorate of Medical Education has dedicated a team of medical vehicles that includes 150 mobile medical teams, and 25 Nilavembu Kudineer (herbal medicine) distributing vehicles to keep a check on the spread of dengue and other infectious diseases. As many as 25 general health team vehicles that will check the chlorine level of water have also been sent to various affected areas from 8.00 am.

Chief Minister Edappadi Palaniswami said that the government has taken special care to include 601 medical teams into service to attend to people affected by the rain and teams will also keep a check on the amount of chlorine in drinking water.

He stated that 90 teams are functioning in six districts to check drinking water and food safety, and if the need arises, the number of such camps will be increased.

“In addition to the 401 special camps functioning already on behalf of Public Health Department place in the affected parts of Chennai, Kancheepuram, Tiruvallur and Nagapattinam districts, the mobile medical vehicle teams comprising of doctors, nurses, medical staff and paramedics can keep a check on infectious diseases that are on a rise after rains”, said health secretary J. Radhakrishnan.

He added that mobile units would help to aid the people who cannot travel to the medical camps and relief centres. The vehicle has been equipped with a BP checking device, thermometer, medicines and other screening equipment. Currently, there are 106 medical teams operating in Chennai, and 102 medical vehicles were sent to other districts including Cuddalore, Nagapattinam, Thiruvarur.