Palaniswami also distributed Rs 4 lakh each to the families of two children who died due to lightning in Kancheepuram district. 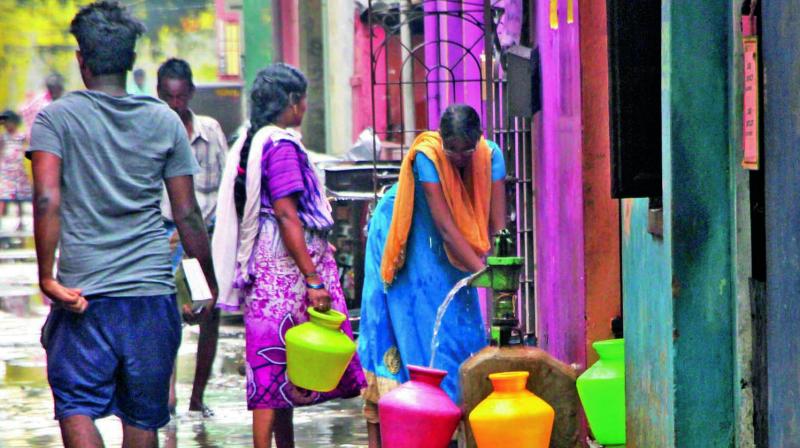 Chennai: Chennai and its suburbs received nearly 57 cm of rainfall in just five days. Even so, the Tamil Nadu Government “acted swiftly” and cleared rainwater within two days from 200 out of 315 areas where waterlogging was reported, Chief Minister Edappadi K Palaniswami said on Sunday.

He also said 2,161 people have been lodged in 20 relief centres across the Chennai metropolis and food packets were distributed to more than 1.5 lakh people till Sunday.

“We should have received 79 cm of rainfall in the monsoon season, but Chennai and its suburbs alone received 56.5 cm of rainfall in just five days and 72 per cent of the monsoon rainfall has occurred in just five days. But the state government took swift action to ensure people are not affected,” Palaniswami told reporters after visiting Kilkattalai, Pallavaram, Anakaputhur and Chitalapakkam in Kancheepuram district.

He said waterlogging was reported in 315 areas across the city and rainwater has been cleared in 200 such areas. “Efforts are being taken to clear water from the remaining areas as well. Water has been drained out completely from 22 subways in the city to facilitate vehicular movement”, the Chief Minister said.

Palaniswami said ministers and senior officials of the Tamil Nadu government have been visiting worst affected places in Chennai and surrounding areas and overseeing the relief works. On the situation in coastal districts, he said efforts are being taken to drain out water from agricultural lands in Tiruvarur and Nagapattinam districts.

The Chief Minister also visited Kolathur, the assembly constituency represented by Leader of Opposition M.K. Stalin, and Kodungaiyur in north Chennai to review the progress in relief works.

He also distributed Rs 4 lakh each to the families of two children who died due to lightning in Kancheepuram district.