The residents also expressed apprehension about using medicines given by the Corporation. 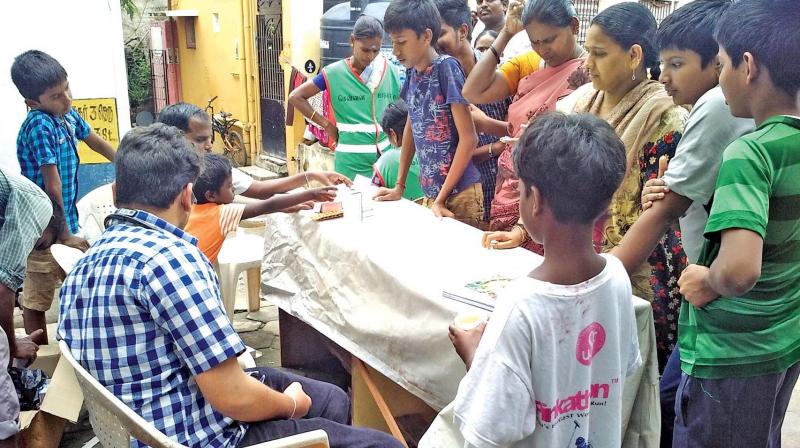 Chennai: Lack of medicines in temporary medical camps, conducted by Greater Chennai Corporation, adds to the woes of Chennaiites, as many ailing residents of rain-hit areas flock to these camps for free medicines.

“My son is suffering from a fever and severe cough for past two days. We tried some private clinics for treatment, but my son hardly recuperated. Citing shortage, the medical camps does not distribute cough syrup”, said V. Kalaivani, a resident of Gandhi Nagar in Ramapuram.

The residents also expressed apprehension about using medicines given by the Corporation. “The doctor at the camp gave some tablets. But I fear my son may get allergy. So I decided to visit a private clinic again”, added V. Kalaivani.

With monsoon rain lashing the city, residents of many inundated areas are suffering from various ailments. To curb an outbreak of epidemic diseases and provide medicines for the needy, the civic body has set up temporary and mobile medical camps at various vulnerable areas.

In a press release, Chennai Corporation has stated that as many as 512 medical camps have been conducted across the city, in which 33,236 persons visited for treatment and consultation. “A majority of the patients coming to camps is suffering from mild fever and other respiratory tract infections like cold and cough. No case has been found hitherto as severe viral fever”, a doctor at a camp told DC.

Residents with athlete's feet too visited the camps in large numbers, but some camps lacked ointments to provide. When asked about the shortage of medicines, the doctor added, “We normally do not give syrup to the children. We have enough stock in our store. And a team is kept ready to supply medicines whenever the camps find shortage”.

The corporation officials did not admit to a shortage of medicines. “Corporation had procured required amount of medicines before the onset of monsoon. And we have a mechanism to supply medicines wherever the need arises”, said a zonal health officer.