The former IB director added that no one should jump to conclusions before the process of talks with various stakeholders in Kashmir began. 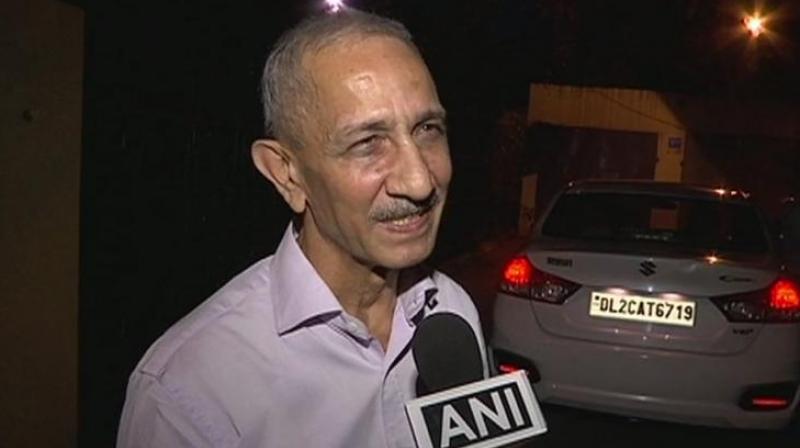 Srinagar: Centre’s special representative for Kashmir Dineshwar Sharma says he does not have a magic wand, but wants to be judged by his actions when he starts the process of talks in the Valley on Monday.

“I do not have a magic wand but my efforts have to be judged with sincerity and not through the prism of the past,” Mr Sharma (61) said.

The former Intelligence Bureau director added that no one should jump to conclusions before the process of talks with various stakeholders in Kashmir began.

“I would like to be judged by my actions,” he told PTI from Delhi.

Describing his work as a “serious effort”, he added that “one should refrain from fishing in the desert”.

“I am going there tomorrow to be with my people and understand their pain and suffering and find a suitable remedy to their problems,” Mr Sharma said.

Responding to criticisms which have appeared in sections of the media, he said in due course he would also meet intellectuals for their advice in achieving “this difficult national task”.

Mr Sharma, who is originally from Bihar and was a Kerala-cadre IPS officer of the 1979 batch, held the country’s top- most post for a police officer from 2014 to 2016.

He said Kashmir was his “second home” as his professional journey in the premier intelligence unit began here in 1992.

“Nothing has changed since I was there for the first time. Kashmiriyat, which means compassion and brotherhood, has not changed even an iota. Therefore, I am hopeful that I will be at least able to contribute towards a new Kashmir, a peaceful Valley where prosperity will be the order of the day,” he said.

Last month, Union home minister Rajnath Singh, while announcing that Mr Sharma would be the interlocutor for Kashmir, had referred to Prime Minister Narendra Modi’s speech from the Red Fort this year.

Mr Modi had said on August 15, “Na gaali se, na goli se, parivartan hoga gale lagaane se (Only by embracing the people, and not with abuses or bullets, can there be a change in Kashmir).”

Asked about the course of action he would follow, Mr Sharma said, “I do not have a magic wand to change the situation overnight. But having said that, I will like to emphasise during my proposed meetings beginning tomorrow, my every effort will be to work towards ensuring permanent peace in the state.”

The special representative will meet political leaders, traders and other delegations tomorrow, according to a list drawn up by the state government.

However, he made it clear he had his own list of people whom he would meet as well.

To a question about a statement made by the Joint Resistance Front comprising separatist groups, including moderate and hardline factions of the Hurriyat and JKLF, that they would not meet him, Mr Sharma said the government’s effort should not be seen through the “prism of the past”.

“It is purely their choice whether they want to be a partner in peace or on the opposite side of the fence where destruction has been topping the agenda. My suggestion to everyone is that they should not see this effort of the government through the prism of the past.” he said.

Efforts had previously been made by successive central governments too, he said.

“I have no idea what happened to them and, therefore, I would not like to comment. I can only talk about this initiative which has been done with a serious thought process and months of hard work by many,” he said.