India ranks 11th in a list of 15 countries of the Asia-Pacific region, in a study done to evaluate various indicators of mental healthcare. 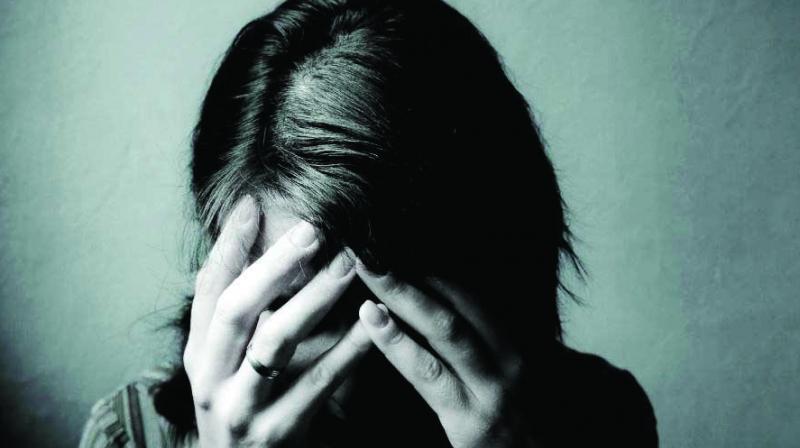 According to the ministry of health and family welfare report, India faces a treatment gap of 50-70 per cent for mental healthcare.

An India Spend report has stated that the number of Indians suffering from mental illness exceeds that of the population of South Africa. An average of 300 people committed suicide daily in the year 2016. At present, the mentally-ill account for nearly 6.5 per cent of the country’s population and it is estimated that by 2020 this number will increase to a staggering 20 per cent. Further, the World Health Organisation (WHO) estimates that nearly 56 million Indians, that is 4.5 per cent of India’s population, suffer from depression. Another 38 million Indians, or three per cent of India’s population, suffer from anxiety disorder. Many people suffer from both illnesses.

The abysmal state of mental healthcare in the country and the apathy of government is a cause for great concern. The plausible reason is the sheer scale of the problem. Hence nobody wants to discuss about the elephant in the room. But the nation cannot afford to ignore the stark realities. There are only around 43 mental hospitals in the country. Most of them lack essential infrastructure and treatment facilities. Visiting private clinics and sustaining the treatment — usually a long drawn-out affair — is an expensive proposition for most families. India ranks 11th in a list of 15 countries of the Asia-Pacific region, in a study done to evaluate various indicators of mental healthcare.

According to the ministry of health and family welfare report, India faces a treatment gap of 50-70 per cent for mental healthcare. This implies that more than half of the population does not get the required treatment and medical facilities. The government data highlights the dismal number of mental healthcare professionals in India — 3,800 psychiatrists, and 898 clinical psychologists. A large number of them are in urban areas .The WHO reports that there are only three psychiatrists per million people in India, while in other Commonwealth countries, the ratio is 5.6 psychiatrists for the same. By this estimate, India is short of 66,200 psychiatrists. Mental health accounts for 0.16 per cent of the total Union health budget, which is less than that of Bangladesh, which spends 0.44 per cent. The developed nations’ expenditure amounts to an average of four per cent.

The National Mental Health Survey 2015-16 conducted by National Institute of Mental Health and Neuro-Sciences (NIMHANS) estimates that 13.7 per cent of the Indian population above the age of 18 suffers from mental morbidity, requiring active intervention. It also suggests that one in every 20 Indians suffers from depression. Nearly one per cent of Indians suffer from high suicidal risks. Almost 9.8 million children in the age group of 13-17 years are suffering from mental health concerns and require an active intervention.

A recent study published in the Asian Journal of Psychiatry based on a survey of more than 700 randomly selected students found that almost half of them (53 per cent) were suffering from either moderate or severe form of depression.

A 2016 survey of 6,000 youth conducted by Lokniti Centre for the Study of Developing Societies (CSDS) reveals that around one in every eight Indian youth reported feeling depressed very often and around four out of 10 youths who are currently studying felt regular or occasional depression/tension during last couple of years.

The World Bank has recently identified mental health as a Global Development Priority. This recognises the critical impact mental health has on economic development and well-being. The economic consequences of poor mental health are equally significant. A World Economic Forum/Harvard School of Public Health study estimated that the cumulative global impact of mental disorders in terms of lost economic output will amount to $16.3 trillion between 2011 and 2030. In India, mental illness is estimated to cost $1.03 trillion (22 per cent of economic output) between 2012-2030. There is a direct correlation between health and economic development, particularly mental health, and it is common sense that a healthy workforce is cardinal for the economic progress of any nation.

A majority of these illnesses can be cured; individuals can lead fulfilling lives, including going to school, working, raising a family and being productive citizens in their communities. Although mental illness is experienced by a significant proportion of the population, it is still seen as a taboo on account of misplaced notions. These barriers deprive people of their dignity. To make dignity for mentally ill a reality we need to shift the paradigm of how we view and address mental illness at a systemic level. The society has to create an ambience of empathy and awareness so that the old prejudices dissipate and patients are able to overcome stigma and shame. We must push the conversation about mental illness forward whether it be in the classrooms or workplaces or with our families, neighbours and friends. These issues are real and lethal, and the first means of prevention is acknowledging their existence. We should reocgnise these illnesses like we would asthma or diabetes or any other health condition.
We can turn the tide in the struggle of these people through the simple power of compassion.

A field-based research study in the prestigious medical journal The Lancet (by Pandit et al) concludes, “Most Indians do not have community or support services for the prevention of suicide and have restricted access to care for mental illnesses associated with suicide, specially access to treatment for depression, which has been shown to reduce suicidal behaviours.” Counselling can make a profound difference and build resilience to cope with despair. More than adopting just a therapeutic approach the system should offer social, psychological and economic support to the mentally distressed.

There have been some encouraging innovations in India led by voluntary organisations that are both impactful and replicable. Vikram Patel, who is a professor at the London School of Hygiene and Tropical Medicine and co-founder of Goa-based mental health research non-profit Sangath has been in the forefront of community mental health programmes in Central India.

The programme is designed to establish a community-based sustainable rural mental health support. It deploys health workers, some with no background in mental health. These workers are trained to raise mental health awareness and provide “psychological first-aid”. The programme also includes counsellors who are imparted mental health literacy. The third line of workers consists of expert psychiatrists. The programme uses Primary Health Centres for screening and feeding people with mental illnesses.

Dr Patel’s vision has been the provision of superior mental healthcare to low-resource communities. He argues that 90 per cent of people affected by mental illnesses go untreated owing to the paucity of psychiatrists. Importantly, his research has effectively demonstrated that evidence-based treatments for mental illnesses can be delivered in low-income countries by non-specialist healthcare workers. His work has been applauded by Time magazine which featured him in its annual list of the 100 most influential people in the world.

We increasingly have the tools; but we need to summon the will the way game-changers like Dr Patel are doing. People like him have shown there are solutions if we think out-of-the-box. And don’t accept limits to how the world works.