The project will boost trade and commerce in the ASEAN–India Free Trade Area, as well as with the rest of Southeast Asia 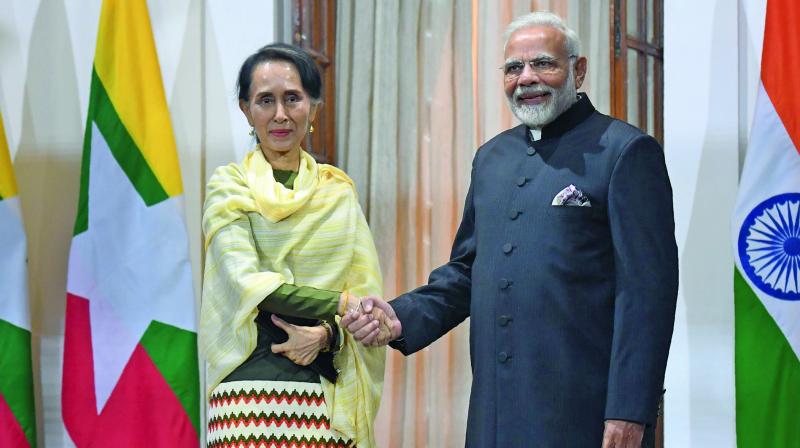 Guwahati:  In what is set to change the economic scenario of land-locked north-eastern states, the government of India is making an all out effort to complete the ambitious Trilateral Highways project connecting northeast India to Southeast Asia through land-route.

This is what has been informed by external affairs minister Dr S Jaishankar in a letter to Asom Gana Parishad (AGP) MP Birendra Prasad Baishya in response to a special mention he had made on September 23 in the Rajya Sabha regarding early completion of the India-Myanmar-Thailand Trilateral Highway project.

The India-Myanmar-Thailand (IMT) highways project is aimed at opening the gate to ASEAN through the land. The project will boost trade and commerce in the ASEAN–India Free Trade Area, as well as with the rest of Southeast Asia. India has also proposed extending the highway to Cambodia, Laos and Vietnam.

Mr Jaishankar in his letter said that India has undertaken two projects in Myanmar under the 1,360-km Trilateral Highway project that starts from Moreh in India to Mae Sot in Thailand through Myanmar. These are construction of the 120-km Kalewa-Yagyi road sections to highway standard and upgrading of 69 bridges and approach roads on the Tamu-Kyigone-Kalewa (TKK) road section of 150 km.

The Kalewa-Yagyi road section is among the most challenging of the stretches of the Trilateral Highway with steep gradients and sharp curves. Construction of this road is under way and around one-fourth of the road has been completed, the union minister said.

Work on the 69 bridges, including approach roads, in the TKK section was held up after the contractor was terminated in December 2018 due to unsatisfactory performance.

In August 2020, the Manipur High Court dismissed the contractor’s appeal and upheld the termination. After the High Court’s order, work on the first bridge between Moreh and Tamu (Myanmar) is expected to start soon. The remaining 68 bridges will be taken up separately after revising the technical and cost parameters, Mr Jaishankar said.

In this regard, India and Myanmar had signed an agreement in 2016 as part of the "Act East Policy" to boost road connectivity in the region. The highway will run from Manipur's Moreh town to Mae Sot in Thailand through Myanmar.