We must not politicise Bihar flood situation, says BJP MP

Patna has been facing the worst waterlogging crisis since September 27. 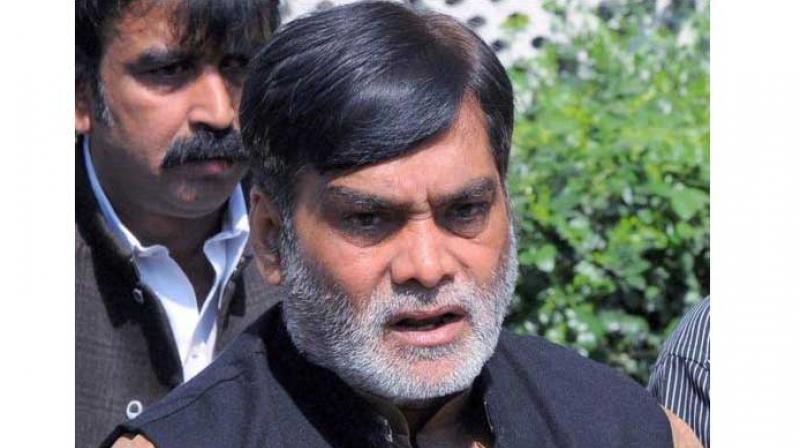 Patna: Amid the blame-game over the poor handling of the flood situation in Bihar, senior BJP leader and Patliputra MP Ram Kripal Yadav Saturday urged leaders not to politicise the issue.

He also asked political parties, especially those from the ruling alliance, to sit together and draw up a strategy to provide relief to the people who were stranded in the affected areas for the past one week.

His statement comes a day after Union minister Giriraj Singh and a few other BJP leaders criticised the state government for its failure in dealing with the crisis.

Talking to reporters in Patna, Mr Yadav said, “We should not politicise the issue. All of us are concerned and trying to find a solution to deal with the situation.”

Patna has been facing the worst waterlogging crisis since September 27.

Sources claim that the state government is also worried about the spread of water-borne diseases in waterlogged areas of Patna.

“Instead of playing politics over the issue, we should find solutions to prevent the outbreak of an epidemic in Patna and other affected areas where floods have been triggered by heavy rain. We have to be patient and find long-term solutions to deal with the problem,” Mr Yadav said.

The Patliputra MP also attended a crucial meeting with the Bihar urban development minister and other public representatives to discuss the situation.

Meanwhile, Bihar chief minister Nitish Kumar asked officials to prepare a report on the drainage system in Patna and other cities of Bihar. Earlier, he said that the state government would review the master plan of the capital city.

According to experts, the condition has deteriorated due to unplanned urbanisation  without proper drainage network. Reports suggest that no major drainage network has been developed in Patna since 1968.