The plane fell into the thickets of Ranchad in Binauli area. 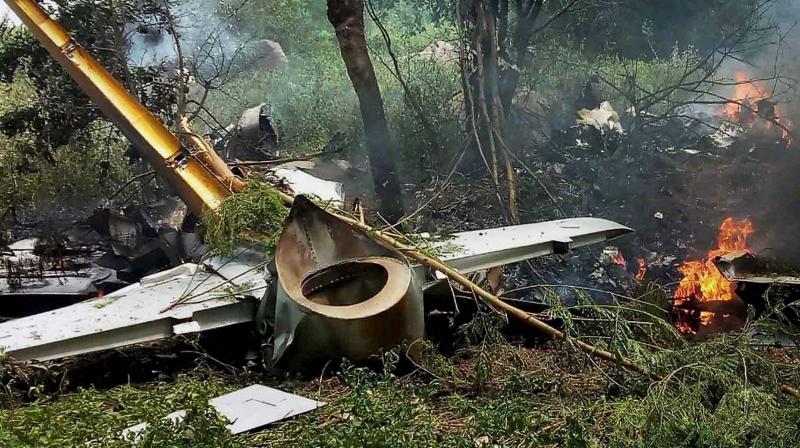 Lucknow: An Indian Air Force (IAF) aircraft that took off from the Hindon Airbase in Ghaziabad crashed Baghpat district on Friday morning.

Both the pilots, however, were safe. The cause of the crash is yet to be known. The authorities have ordered a probe into the incident.

The ML-130 micro light plane had taken off from the Hindon airbase in Ghaziabad and was reportedly participating in a drill for Air Force Day.

The plane fell into the thickets of Ranchad in Binauli area.

Baghpat district magistrate Rishirendra Kumar told reporters that barring the nose of the aircraft, there were no other visible damages. “The plane nosedived and is hanging upside down in between the trees. IAF officials are on the spot and they are doing the needful,” he said.