The incident took place on Wednesday night after she objected to demolition of the entry gate of Krishi Vigyan Kendra, a residential colony. 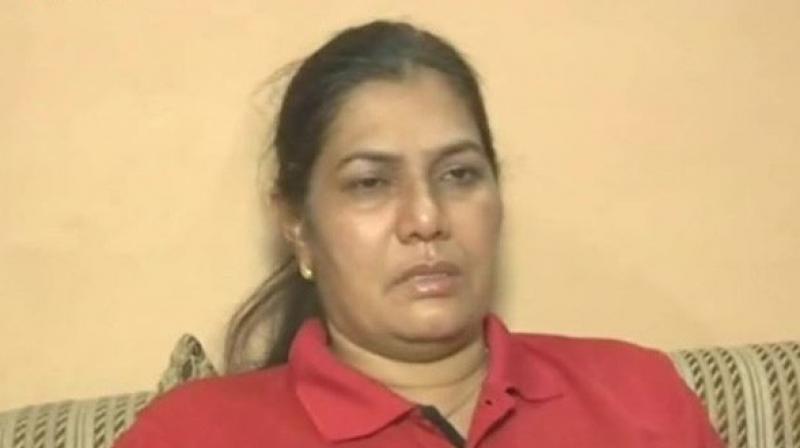 Padma Shri awardee and Kabaddi coach Sunil Dabas was rescued by two policemen and was taken to the hospital. (Photo: ANI)

Gurgaon: Padma Shri awardee and Kabaddi coach Sunil Dabas on Thursday registered a case alleging that a man tried to run her over with a car, after she spotted him breaking her locality's gate.

The incident took place on Wednesday night after she objected to demolition of the entry gate of Krishi Vigyan Kendra, a residential colony.

While speaking to ANI, Sunil Dabas said, "I saw a group of men standing at the gate with a dumper, trying to break it. So I confronted them. But instead of answering to my queries, they tried to run me over. At first, I thought the man was driving away and would change direction, but then he was headed straight at me. I had to jump out of the way to escape".

"Soon, three more vehicles arrived at the spot with 10 more men. I had called the police but they responded late. Police arrived at the spot nearly 30 minutes after the incident and then took me to the hospital. Around 20 to 30 men later came and misbehaved with my husband," she said.

Dabas was rescued by two policemen and was taken to the hospital.

Along with Padma Shri in 2014, the National Female Kabaddi team coach received the Dronacharya award in 2014 .