The village panchayat met on Thursday to mediate between the parties and persuaded the girl’s family to withdraw the case. 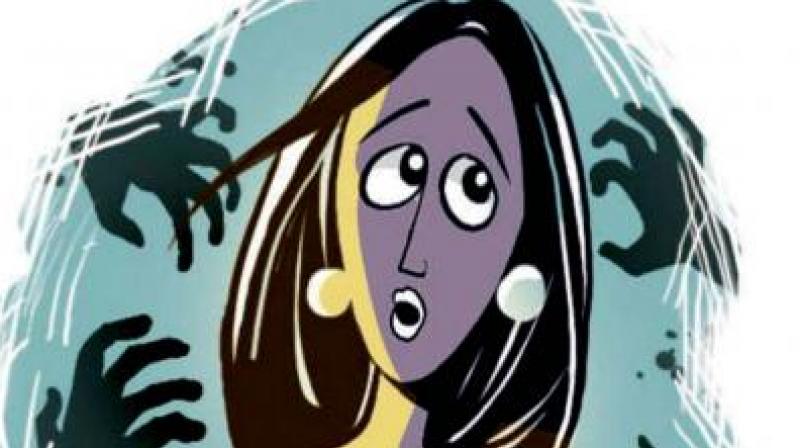 The family refused to reveal the age of the girl and police is ascertaining whether the girl is a minor. (Photo: Representational)

Noida: Two men in the National Capital Region have been booked for barging into the house of a teenaged girl, firing in the air and threatening her family – all because they objected to her riding a bike.

The incident took place on August 31, and several charges were slapped on the two, including criminal intimidation and voluntarily causing hurt. The miscreants have been identified as Kullu, 28, and Sachin, 30 – a known troublemaker.

The accused, however, have not been arrested.

The class 10 girl’s uncle said she had gone to the market that day, rding her Royal Enfield, to get milk. She was accosted by the duo who asked her not to drive a bike. When the girl asked them why, the accused said they did not like her riding a bike. “They threatened her of consequences if she did not heed their advice,” the uncle said.

The men then walked into the student's house and threatened to kill her and her family if she continued to ride the bike. They later fired in the air and allegedly manhandled her father before leaving.

“We fear for our safety as Sachin is a criminal,” the uncle said.

The family refused to reveal the age of the girl and police is ascertaining whether the girl is a minor.

In another twist, the village panchayat met on Thursday to mediate between the parties. They apparently persuaded the girl’s family to withdraw the case. “The victim’s family has agreed to withdraw the case. These men will not trouble them in future,” Satish, former pradhan of Milak Khatana village, told The Hindustan Times.

The local police, however, said they were not aware of any such meeting. Anil Kumar, Station House Officer Jarcha police station, said neither the police was informed nor villagers sought permission for holding the panchayat.

The family has also hidden the bike and has installed CCTV camera at their house for safety purpose. The girl’s uncle said the family would “consider the panchayat’s advice to withdraw the case” as they fear social alienation.

SP (Rural) Gautam Budh Nagar, Ranvijay Singh said, “We have registered a case against Kullu and Sachin, who is a history-sheeter. We have launched a search but they are absconding.”