Indian, Malaysian officials to stay in touch on matter of preacher’s extradition. 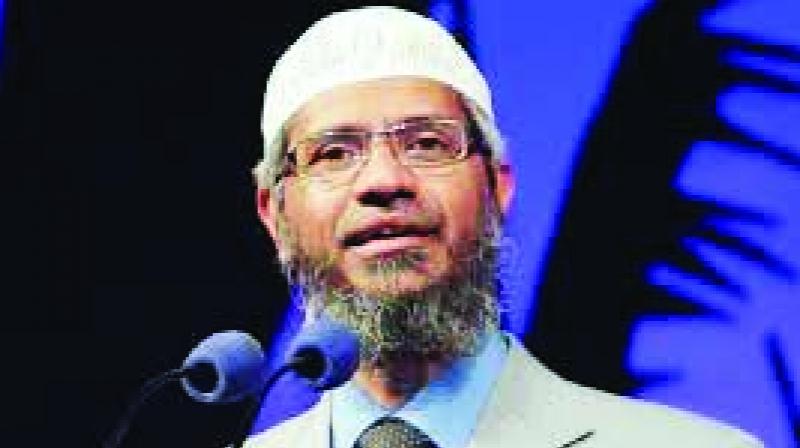 New Delhi: The issues of requesting the extradition of controversial Islamic preacher Zakir Naik from Malaysia and the recent move of India to bifurcate Jammu and Kashmir came up for discussion at a bilateral meeting between Prime Minister Narendra Modi and his Malaysian counterpart Mahathir bin Mohamad on the sidelines of the Eastern Economic Forum at Vladivostok in Russia on Thursday.

Speaking to reporters, foreign secretary Vijay Gokhale said, “The Prime Minister (Mr Modi) has raised the issue of extradition of Zakir Naik (to India). The two leaders decided that officials of the two countries would remain in touch (on the matter). It is an important issue for us (India).”

Naik is currently living in Muslim-majority Ma-laysia after reportedly being granted permanent residency there earlier. According to reports, he is being probed by Indian agencies on charges of alleged terror funding, money laundering and inciting hatred among communities by his speeches.

Naik had recently stirred a hornet’s nest in Malaysia when he allegedly tried to target Mala-ysian ethnic Tamil Hindus and also Malaysian ethnic Chinese in his speeches.

Following this, the controversial Islamic preacher was reportedly banned from giving public speeches in Malaysia.

On the Kashmir issue, Mr Gokhale said Mr Modi apprised his Malaysian counterpart on “internal developments in the country” and the “rationale behind the reorganisation of Jammu & Kashmir”.

Mr Modi told the Malaysian Prime Minister that the decisions were taken was done for good governance and to ensure social equity and justice.

It may be recalled that much to India’s dismay, the current Malaysian Prime Minister has so far displayed a distinct pro-Pakistan leaning and is widely seen as sympathetic to Pakistan.