Letter accuses Kavlekar of taking bribes; he calls it 'fake'

Kavlekar, who left the Congress and joined the BJP in July, has dismissed the letter as fake and called it an attempt to tarnish his image. 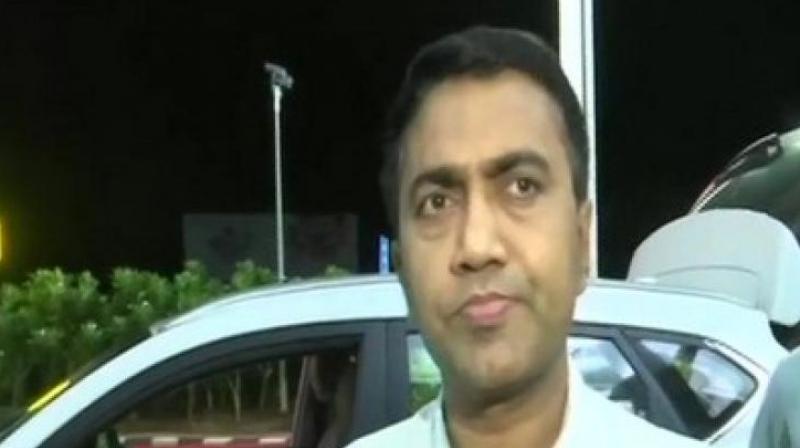 Panaji: A letter circulating on social media has accused Goas Deputy Chief Minister Chandrakant Kavlekar of taking bribes, a charge denied by him.

Kavlekar, who heads the Town and Country Planning Department, has asked Chief Minister Pramod Sawant to order a probe into the origin of the letter and identity of its author.

Kavlekar, who left the Congress and joined the BJP in July, has dismissed the letter as "fake" and called it an attempt to tarnish his image.

The letter, which bears the name of one "Puneet Gupta" and addressed to the Prime Ministers Office (PMO), is making rounds on social media platforms for the last one week.

The letter accuses Kavlekar of taking bribes to convert orchard lands (agricultural) into settlement (commercial) ones.

Kavlekar has said the letter was fake and an "attempt to tarnish the image of the state government.

In a press statement issued here on Thursday, the deputy chief minister said some 'agents' and 'dealers' have started working towards maligning his imageas well as that of the Town and Country Planning Department.

He alleged the agents have created a fake identity under the name of Puneet Gupta for spreading rumours on social media.

"To know the people behind this conspiracy, I requested the Chief Minister on Wednesday to undertake serious investigation into this matter.

"He has agreed and instructed government machinery to take this issue seriously," Kavlekar said.

The deputy chief minister said no complaint has been filed against him before Sawant or any other forum.

"Investigation will bring everything before public," he said.