The Kashmiri youth, identified as Mir Faiz, is an aeronautical engineering college student. 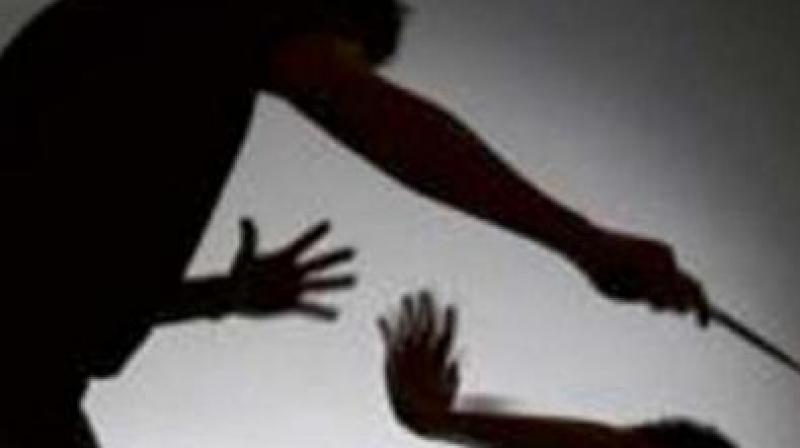 The police have not been able to identify or arrest anyone, through a video of the assault in the market has also emerged. (Photo: Representational)

Jaipur: A 25-year-old Kashmiri man was tied to an electric pillar, thrashed and forced to wear a woman's cloth in Rajasthan’s Alwar district on Wednesday night, police said.

The Kashmiri youth, identified as Mir Faiz, is an aeronautical engineering college student. He lodged a complaint with the police of an assault by the mob.

The Youth has alleged that he was first attacked by three unidentified men who threatened him, forced him to wear women’s clothes and walk in the main market at Neemrana. The man was later assaulted and tied to an electric pole.

Based on the complaint, a first information report under Sections 323 (voluntarily causing hurt), 143 (unlawful assembly), 341 (wrongful restraint), 342 (wrongful confinement), 505 (intent to cause hurt) and 506 (criminal intimidation) of the Indian Penal Code was registered at Neemrana police station against 15-20 unidentified people. Police, however, is also establishing credentials of the youth.

The police have not been able to identify or arrest anyone, through a video of the assault in the market has emerged.

His elder brother, Faisal, said that the student suffered multiple injuries. He further said that Faiz had gone to an ATM near his rented accommodation when the alleged incident took place. “He told us that the men asked him to walk through the market, and not panic or run away. A crowd beat him. He survived because somebody called the police. He hasn’t been able to identify those men or his attackers,” he told Indian Express.

Faisal said at the police station that his brother “was questioned as if he was the accused”. He said that the college administration is not supportive either.

Later, the duo left to Delhi where the brother works. They would consult a doctor there. “We have not got his tests done… He does not remember whether the crowd used anything to beat him, because he was so traumatised,” he said.

“Preliminary investigation doesn’t quite corroborate the student’s claims, and we have found no evidence that he was forced to wear women’s clothing. We will know the truth after further investigation,” said Additional SP Singh.