His lawyer, Kapil Sibal, requested the CBI to give him special facilities since he is a protectee under Z-level security. 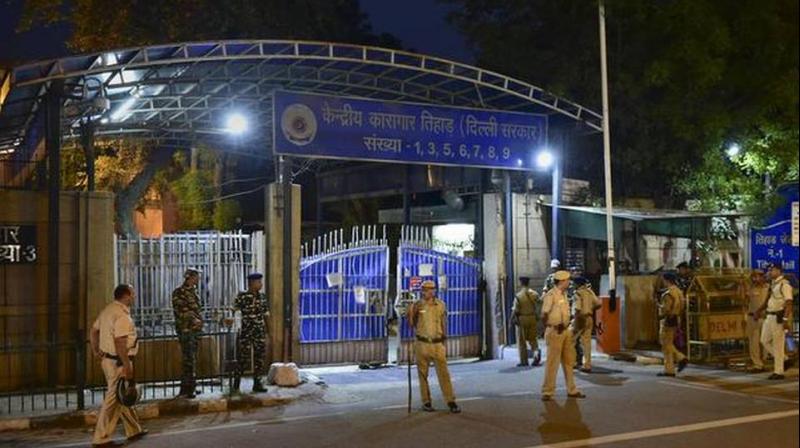 Sandeep Goyal, director-general of prisons, said "A jail is a jail. We only follow the court's orders. No one lodged in jail is special." (Photo: PTI)

His lawyer, Kapil Sibal, requested the CBI to give him special facilities since he is a protectee under Z-level security.

These facilities will include a separate cell, a cot, a western-style toilet, and medicines. However, apart from these facilities, he will be treated like any other inmate.

Sandeep Goyal, director-general of prisons, said "A jail is a jail. We only follow the court's orders. No one lodged in jail is special,"  news agency IANS reported.

He will also have to spend his birthday, on September 16, locked up as it falls under the 14-day confinement.

Chidambaram is lodged in the same cell as son Karti where he was kept for 12 days last year.  He was lodged in Jail No. 7 which houses those accused in Enforcement Directorate cases, news agency PTI reported.

His breakfast will be served in the morning from 7 AM - 8 AM whereas dinner will be served from 7 PM - 8 PM but it is kept aside for those who arrive late owing to court procedures. The menu will be roti, dal, sabji and rice.

The officials also said that he can water from a reverse osmosis plant or buy packaged drinking water from the jail canteen. He will also have access to the prison's library and can watch television like a normal inmate.

Chidambaram, who was also the Home Minister during UPA 2, was sent to 14-day judicial custody on September 5 in the INX Media corruption case.

The veteran Congress leader was brought to Asia’s largest prison from the Rouse Avenue Court amid high security. It took nearly 35 minutes for the jail authorities to bring Chidambaram to the prison from the court.