I am what I am. So take me as I am: CJI Misra while reading historic verdict

The members of LGBTQ community were forced to live in hiding and as second class citizens, the top court observed. 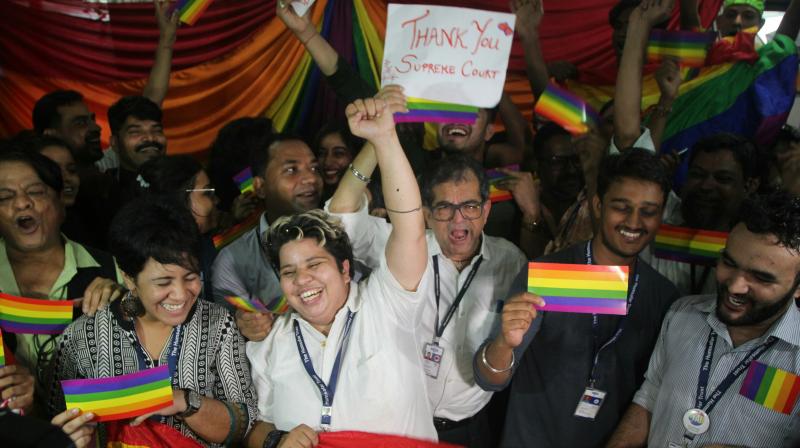 CJI Misra observed, 'No one can escape from their individuality and the sustenance of identity is the pyramid of life.' (Photo: Mrugesh Bandiwadekar)

The bench, which also comprised Justices R F Nariman, A M Khanwilkar, D Y Chandrachud and Indu Malhotra, struck down Section 377 as being violative of the Right to Equality.

While striking down the British era law, CJI Dipak Misra said, "I am what I am. So take me as I am."

Strongly repealing Section 377, he added that "denial of self-expression is like death".

CJI Misra observed, "No one can escape from their individuality and the sustenance of identity is the pyramid of life."

While delivering the verdict, the Bench stated that the members of the LGBTQ community were forced to live in hiding and as second class citizens.

Justice Indu Malhotra said that "history owes an apology to the LGBTQ community for denying them their rights."

Justice Nariman pointed out that the role of both the government and media was important so as to give publicity to the court's order to ensure that the community does not face any discrimination.

The five petitioners in the case had argued that Section 377 violates rights and principles enshrined in the constitution, like equality before law, no discrimination based on religion, race, caste, sex or place of birth and freedom of speech and expression.