The 59-km-long Majlis Park-Shiv Vihar corridor or the Pink Line, which spans 38 stations, has been fully linked for the first time 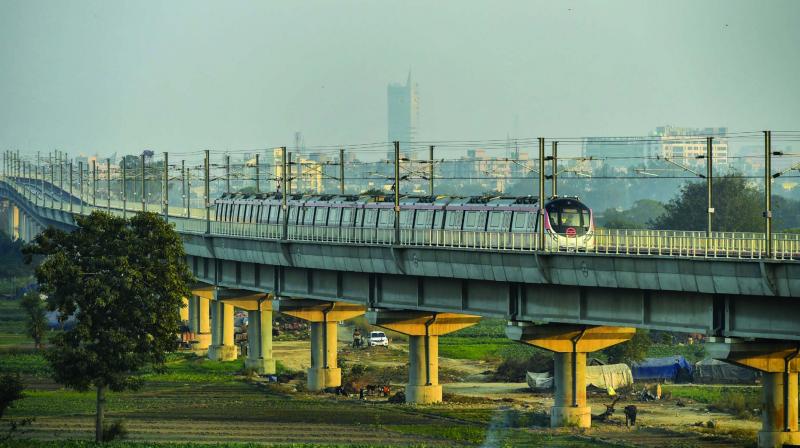 New Delhi: In a major boost for Delhi Metro, a small segment of its Pink Line at Trilokpuri, which had proved a bottleneck for the DMRC authorities for a long time, was inaugurated on Friday, making it the longest operational corridor of the network.

With this, the 59-km-long Majlis Park-Shiv Vihar corridor or the Pink Line, which spans 38 stations, has been fully linked for the first time.

The Pink Line was opened in multiple phases in 2018.

However, a small portion in east Delhi's Trilokpuri area had become a bottleneck, due to which the line remained disjointed there.

Now, with the missing link plugged after much delay, Delhi Metro's Pink Line has become its longest operational corridor.

The end-to-end linking of the Pink Line will also immensely benefit residents of east Delhi or people travelling to that region, as the gap at Trilokpuri was causing the corridor to be operated in two separate segments.

The gap in the line was expected to be plugged by September 2020, but it was delayed due to repercussions of the COVID-19 pandemic, sources had said early October.

The bottleneck near Trilokpuri station had risen due to multiple issues, including land acquisition, resulting in a portion of the metro segment, then about a few kilometres, remaining incomplete, rendering the Trilokpuri Sanjay Lake station a terminus.

Passenger services on the line is slated to begin from 3 pm onwards on Friday.

DMRC authorities said with this seamless connectivity, commuters will also save time and money.