The petition, by doctor Rohit Jain, had contended that such entities were "misrepresenting themselves as medical diagnostic laboratories" 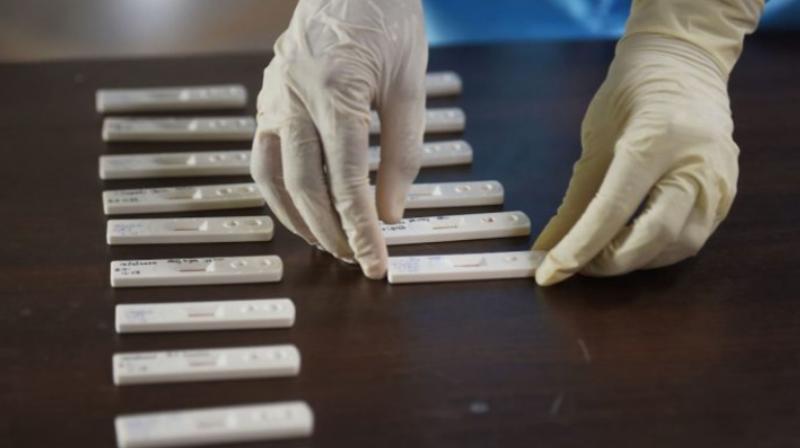 The direction by a bench of Chief Justice D N Patel and Justice Prateek Jalan came while disposing of a PIL seeking a ban on allegedly illegal online health service aggregators from collecting diagnostic samples for testing of COVID-19 infection.

The petition, by a doctor, had contended that such entities were "misrepresenting themselves as medical diagnostic laboratories".

The court directed the Delhi government, represented by its additional standing counsel Sanjoy Ghose and advocate Urvi Mohan, to take action in accordance with law, rules, regulations and government policy applicable to the case against any such entity which is operating illegally in violation of the law after hearing all the stakeholders.

The bench said a decision would be taken as expeditiously as possible and practicable after all stakeholders, including the alleged violators are heard.

The petitioner-doctor Rohit Jain, in his petition filed through advocate Shashank Deo Sudhi, had contended that such health service aggregators pose the "biggest threat to life and safety of the common people".

It had also sought directions to the Centre, Delhi government and Indian Council of Medical Research (ICMR) to issue "guidelines for registration and minimum standards for sample collection centres operated by online aggregators and the minimum qualification for taking samples by representative of aggregators".

Jain contended that there is lack of regulations to control online health service aggregators and their "unfettered operation" through online websites is causing confusion among the general public about their legitimacy and legality.

The petition had further claimed that many of the online health service aggregators are operating illegally as they are neither accredited by the National Accreditation Board for Testing and Calibration Laboratories (NABL) nor approved by ICMR or any other regulatory body.