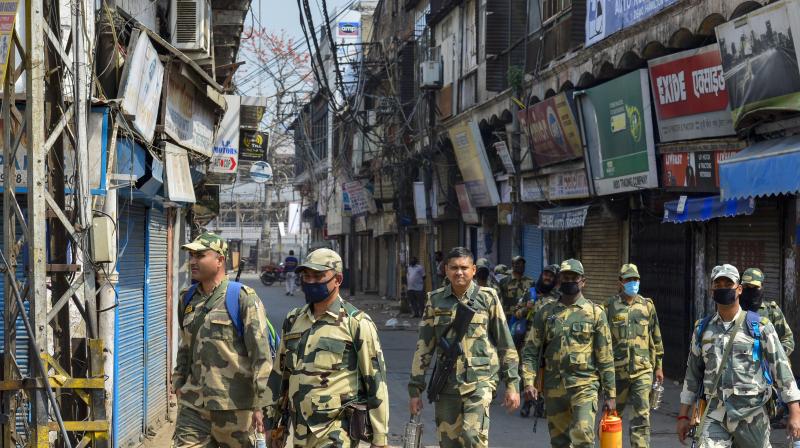 Guwahati: The Assam police on Thursday imposed curfew for an indefinite period in parts of central Assam’s Sonitpur district following a communal clash between two communities over a rally organised to celebrate the foundation stone-laying ceremony of Ram Mandir in Ayodhya.

The clash broke out after some local minority organisations raised objection to a bike-rally organised by Bajarang Dal activists in Thelamara area of Dhekiajuli to celebrate the foundation-laying ceremony of Ram Mandir on Wednesday.

Pointing out that the bikers were playing loud music, shouting slogans while heading to a Shiv temple in Bhora Singori under Thelamara police station, security sources said that local minority organisations argued that at the time of COVID-19 such rallies were banned so rallies should be stopped.

Informing that this led to arguments and clashes between two communities in which several persons were injured and some bikes were set on fire, security sources said that local police rushed to the incident site and opened fire in the air to disperse the crowd.

Sonitpur district deputy commissioner MP Singh said, “Miscreants armed with sticks attacked a rally. The vehicle of Dhiakajuli circle inspector was damaged. The law and order situation is tense.” To control the situation, police had to resort to firing in the air and additional forces have been deployed as senior police officers are also camping in the area on Thursday.

Meanwhile, Assam chief minister Sarbananda Sonowal has directed Assam Director General of Police Bhaskar Jyoti Mahanta to hold an enquiry into the incident. The Additional Director General of Police (Law and Order) G P Singh who visited the trouble-torn area on Thursday said that all those involved in the incident would be brought to book. Appealing the people to maintain communal harmony, Singh said that none would be spared.

He said that local administration has clamped the curfew and additional companies of security forces have also been mobilised to contain the situation. He however refused to blame any particular group for the incident. “We are going to hold detailed enquiry to fix the responsibility of those responsible for the clash. All, irrespective of any caste, creed or religion would be penalised if found guilty in the enquiry,” said Singh adding that situation was tense but under control.