India   All India  06 Aug 2019  Mata Hari, exotic dancer and naked spy, who was as stylish in death as in life
India, All India

Mata Hari, exotic dancer and naked spy, who was as stylish in death as in life

Mata Hari had indeed tied Europe’s richest and most powerful men to her little finger and had Europe’s audiences at her pretty feet. 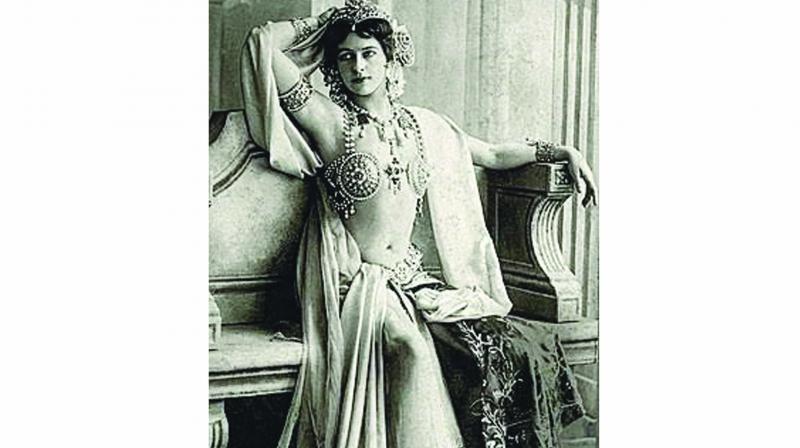 Her oriental dance made her an icon at the turn of the 20th century, as a half-naked medium, she would cast a spell over her audience to become a star. Emancipated, up her black garter she could wrap politicians and soldiers around her finger and influential military officers ate out of the palm of her manicured hands. She was none other than Margaretha Geertruida Zelle, also known as Mata Hari.

You must be wondering why am I talking of this mysterious and glamorous dancer today? Well, August 7th happens to be the birthday of this one of its kind dancers of the world, who was also a friend of my great grandmother Mrs Mongiben Soparkar.

As a child, when I told my great grandmother that I wish to be a dancer one day, she said to me, “I wish you could see the dance of Mata Hari — there can be no one like her.” That is when she narrated to me the extraordinary story of the legendary Mata Hari, which till date I cannot forget.

Margaretha was born in 1876 in the Netherlands to a very wealthy family who eventually became bankrupt. At 15 her penniless father left her to her godfather to start a new life. She was sent to a girl’s boarding school and was expected to become a governess. However, at the age of 17 she was accused of having an affair with the 50-something school director and was expelled from the school.

At 18 she answered to a newspaper advertisement by a military captain Rudolf MacLeod in the East Indies looking for a wife. She sent a photo of herself, and MacLeod saw the beautiful, young with raven-like black-blue haired and olive-skinned girl and was completely smitten. Despite 21 years of an age difference, they married in 1895. After marriage, they moved to Indonesia, but the rocky marriage did not last long. MacLeod was an alcoholic and was often in a frequent rage because of the attention his beautiful young wife got from other officers. Strong that she was, she abandoned him and joined a local dance company in 1897 and studied Indonesian culture, traditions and dances intensely. That is when she first adopted the artiste name “Mata Hari”, a Malay word for Sun which literally meant “Eye of the dawn”.

Alone and penniless in 1903, she moved to Paris, where she first earned her living as horseback rider in a circus and then posed as an artiste model. In 1905, she met millionaire Lyon industrialist Emile Etienne Guimet, who invited her to a dance in his museum and she began to support herself as a dancer under the name Mata Hari — she was promiscuous, flirtatious and openly flaunted her out of the ordinary body and therefore became an overnight success.

She was extremely talented and could speak fluent German, French, Italian, Spanish, English and Malay. In the Belle Epoque period (1871 — 1914), in which French economy, culture and art were flourishing, came in Mata Hari, an unknown dancer who went on to stun the high society of Paris with her bold and controversial moves inspired by the mysterious rituals of the far-east. She started a stellar dance career that took her from private parties to the most celebrated theatres in Europe.

Taking the powers along by storm and touring the continent, all things oriental where the rage of the time, and Mata Hari’s exotic looks and temple dance based on what she learnt in Indonesia wowed the crowd like never before.

She made up a backstory — she told People, “I was born in the holy city of Jaffnapatam. My father was a highly regarded Brahmin. My mother was a temple dancer. I grew up as a charge of the temple priests. They consecrated me to Shiva and I was introduced to the holy mysteries of love and divine worship.”

She gained the title of an “exotic dancer” and became the object of sexual desire for wealthy men, ambassadors, high ranking Army officers, journalists, lawyers and the top echelon of the Parisian society — they repaid her favours in lavish gifts — clothes, jewels or just cash.

Draped in whales and almost nothing else, she would appear on a white horse, daringly baring her posterior, though she kept her breasts covered with jewels and beads and the siren of the east helped turn the striptease into a popular art form.

Mata Hari brought a carefree, provocative style to the stage in her act, which garnered wide acclaim. The most celebrated segment of her act was her progressive shedding of clothing until she wore just a jewelled breastplate and some ornaments upon her arms and head. She was never really naked as she wore a body stocking for her performances that was similar in colour to her own skin.

Slender, tall, extremely feminine with the flexible grace of a wild animal having a thousand curves and moving her body as if trembling in a thousand rhythms, she would always perform with loose and transparent robes, very often stripping almost completely naked, but she got away almost always by stating that she was re-enacting the scared dances of the priestesses of some cult or another in Indonesia.

But as we all know, beauty fades and within only a few years, Mata Hari bookings were few as the next generation of dancers took over. In order to maintain her lifestyle, she seduced government and military figures. Her final live show was on March 13, 1915, which my great grandmother witnessed and was blown away.

By this time, World War I was in full swing — as a Dutch national and the Netherlands were neutral, she was allowed to cross borders without any issues. In 1916 she fell in love with a 21-year-old Russian captain and when he was wounded, she accepted lucrative assignments spying for France from an Army captain who figured her contacts would help French intelligence but, it is still unclear what her spying activities actually were, if any. Well, different sources say different things.

Mata Hari was arrested in 1917 in Paris and tried as a German spy. She went on to say, “A harlot? Yes. A courtesan? I admit it. But a traitor, a spy? Never!” Mata Hari was executed by a firing squad on October 15, 1917, at the age of 41. She was daring and courageous and wore the finest clothes for the occasion. Dressed to the T, at her execution, she waved away the blindfold and boldly blew the soldiers and the priest her ever so exotic kiss.

She died in full style just like a movie star. She collapsed. Slowly, inertly, she settled to her knees, her head held up high without the slightest change of expression on her striking and stunning face. She lay motionless with her face turned toward the sky as if she was looking up and talking straight to God. 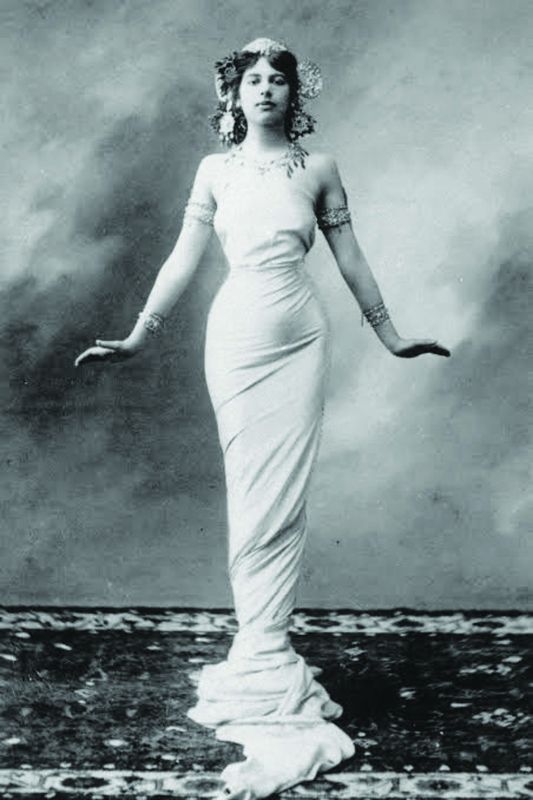 Mata Hari lived with utmost dignity, giving her best performance on that cold October morning, making the firing squad say, “By God, this lady knows how to die.” There have been and continue to be plays and films about her life and death. She was a woman whose fame and infamy from World War I has endured for a century. Mata Hari was definitely one of the women in the early 20th century who lived enough life for two.

Whether Mata Hari was a German spy or not is not certain till date, but the idea of a femme fatale, an exotic dancer working as a double agent using seduction to discover military and government secrets has really stuck in the public imagination. Mata Hari had indeed tied Europe’s richest and most powerful men to her little finger and had Europe’s audiences at her pretty feet. She was the one who introduced the striptease to Europe. Today, let us all wish her exotic dancing soul a very happy birthday!

Sandip Soparrkar holds a doctorate in world mythology folklore, are a World Book Record holder, a well-known Ballroom dancer and a Bollywood choreographer who has been honoured with three National Excellence awards, one National Achievement Award and Dada Saheb Phalke award by the Government of India. He can be contacted on sandipsoparrkar06@gmail.com