Pragya Bharti, who runs the NGO, where the girl was shifted said there was adequate security, and alleged a 'security lapse or conspiracy'. 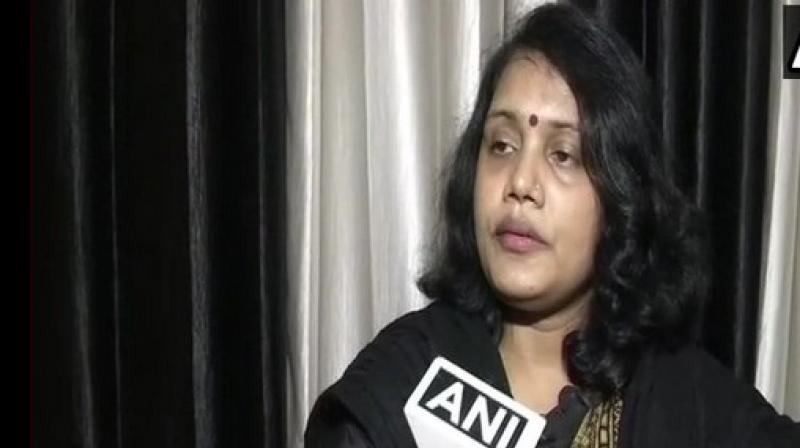 Bharti further said that she immediately registered the complaint with the police and also submitted copies of the CCTV footage for further investigation. (Photo: ANI)

Patna: One among the 14 girls, who were rescued from a shelter home in Muzaffarpur and shifted to a NGO in Madhubani has gone missing.

Pragya Bharti, who runs the NGO in Madhubani attributed the loss to security lapse.

She told ANI, "In our NGO, we have 10 beds in the special unit. We earlier had 11 children. When those 14 children came, the authorities told me that they would be shifted later and demanded me to keep them. I didn't have the capacity to accommodate 20-25 children, but due to pressure from the government, I kept the children. The children were not shifted after that. I did my best to protect them."

"The condition of those 14 girls was not good. So, we wrote a letter to the district administration demanding security. There were four people who were overseeing the security. We had adequate security but somehow a girl went missing due to security lapse or conspiracy. This case is being given a political colour. This should not be made into a political issue at all," she added.

Bharti further said that she immediately registered the complaint with the police and also submitted copies of the CCTV footage for further investigation.

Asked whether the police or the Central Bureau of Investigation (CBI) approached her in connection to the case, Bharti replied that there was no questioning done.

Furthermore, she rejected rumours of her organisation doing malicious activities.

Asked on the condition of the 14 girls, Bharti further said, "I spoke to them. They were physically weak. After conducting counselling sessions, they started talking. There are some girls who are recovering right now."

Notably, it was this organisation's report which revealed that as many as 40 girls have fallen prey to sexual abuse at a Muzaffarpur shelter home.

On July 24, 11 employees of the shelter home in Muzaffarpur were arrested for allegedly sexually harassing the girls.

On receiving information, the police raided the vicinity and rescued 44 girls. The shelter home was run by Brajesh Thakur.