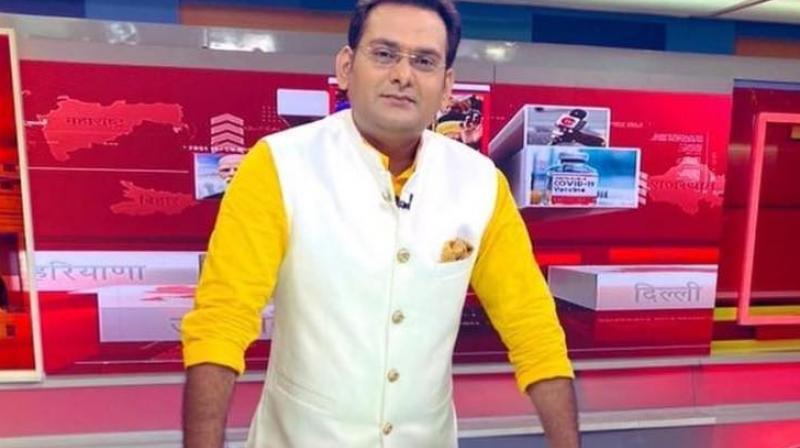 Ghaziabad/Raipur: A police team from Chhattisgarh reached Uttar Pradesh’s Ghaziabad town on Tuesday to arrest a TV news anchor from his home for playing a doctored clip of Congress leader Rahul Gandhi but he was instead arrested by the Noida police who released him on bail later in the night, officials said.

While police from Congress-ruled Chhattisgarh landed at Zee News anchor Rohit Ranjan’s home in Ghaziabad’s Indirapuram near the national capital early morning, the team from Noida in BJP-governed Uttar Pradesh reached a couple of hours later.

The Chhattisgarh police landed around 5.30 am, while the local Ghaziabad police reached an hour later and the Noida police got there after 8 am, officials said.

“Zee News anchor Rohit Ranjan was picked up from his home for questioning on Tuesday morning by a team from Noida Sector-20 police station in connection with an FIR lodged under IPC 505 (public mischief) on a complaint by his own channel over a doctored video played during his show on July 1, a Noida police officer said, seeking anonymity.

After more than 12 hours, the Noida police said that Ranjan was arrested by them from his Ghaziabad home as part of an investigation in a case lodged under IPC 505(2) (statements creating or promoting enmity, hatred or ill will between classes).