The announcement comes amid reports of Union Cabinet reshuffle 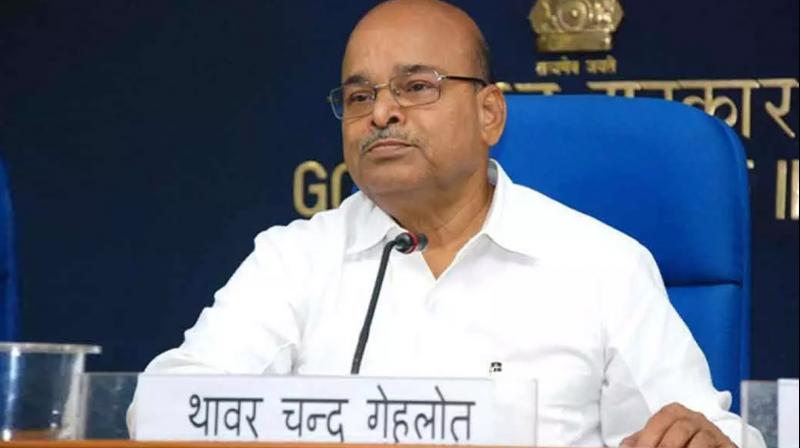 Gehlot is the Minister of Social Justice and Empowerment. (Photo: PTI)

New Delhi: Union Minister Thaawarchand Gehlot was on Tuesday appointed as Karnataka Governor and Mangubhai Chhaganbhai Patel was named as the Governor of Madhya Pradesh, according to a Rashtrapati Bhavan communiqué.

Gehlot is the Minister of Social Justice and Empowerment.

President Ram Nath Kovind has approved the appointment of a few Governors and changes in portfolios of some others. The announcement comes amid reports of Union Cabinet reshuffle.

Hari Babu Kambhampati and Rajendra Vishwanath Arlekar have been appointed as Governors of Mizoram and Himachal Pradesh respectively, it said.

Kambhampati succeeds P S Sreedharan Pillai, who has been transferred and appointed as Governor of Goa, the communiqué said.

Arlekar replaces Bandaru Dattatraya who has been transferred and appointed as Haryana Governor, it said.

Satyadev Narayan Arya, Governor of Haryana is transferred and appointed as Governor of Tripura, the statement said.

Tripura Governor Ramesh Bais has been transferred and appointed as Governor of Jharkhand, it said.