Don't shoot in the chest, aim for leg: Assam chief minister to cops 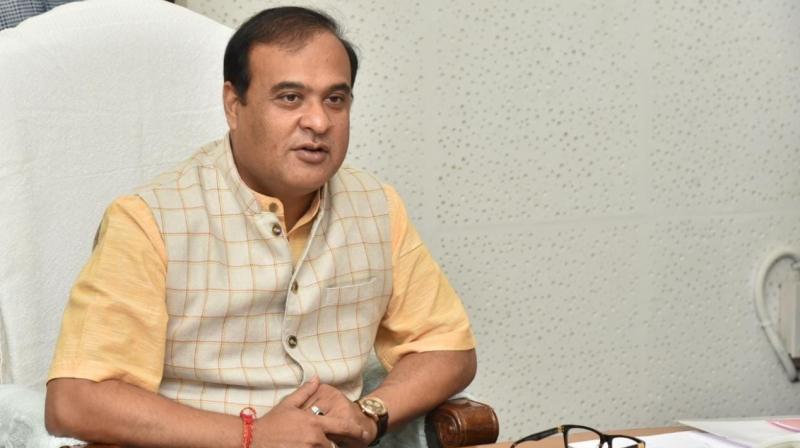 There will be no political interference in transfer and posting of police officers, he said. (Twitter)

Guwahati: Assam chief minister Himanta Biswa Sarma here on Monday said that taking criminals head on should be the pattern of policing in the state. Asserting that firing at criminals should be the police's style, the chief minister who was addressing a conference of police inspectors and officers-in-charge (OCs) of police stations, said, “We cannot aim at their chest but law permits to shoot them in the leg.”

Referring to reports in the media about at least six alleged criminals receiving gunshot wounds since May 10 while they were reportedly “trying to flee” from police custody in Assam, Mr Sarma said that Assam police should not be afraid of any campaign or of being accused of being trigger happy. Instead, they must focus on justice being done, and when it comes to criminals like rape accused and drug peddlers, they should not be spared.

Among those wounded in police firing in the last two months include two cattle smugglers, a policeman allegedly involved in a case of abduction, a 62-year-old man accused of raping and murdering a minor girl, a dacoit and a drug peddler. A seventh alleged criminal, wanted in the rape and murder of two sisters in western Assam’s Kokrajhar district, was also shot in the leg when he tried to resist arrest and flee. Most of those wounded had some conflict with police either in custody or soon after or before their arrest, which some security analysts described a “pattern”.

It is significant that during the same period 11 others, including nine alleged extremists of Karbi Anglong, have also been killed in encounters with the armed forces across the state. A notorious criminal of Sibsagar and a former officer of Railway Protection Force involved in a kidnapping incident were also killed by police in an encounter.

Mr Sarma, who reiterated that people will feel the changes in policing soon, said that he is going to make the transfer of inspectors mandatory in two years. “Officer-in-charge and inspectors of police will have to go on new posting after two-years of tenure. There will be no political interference in transfer and posting of police officers. The Director General of Police will decide it on the basis of efficiency of the officer for which a criteria will also be fixed,” he said.

He also asked the officers-in-charge (OCs) of police stations across the state to go to the nearest hospitals for health check-ups every 15 days. He announced that the Assam government would provide one four-wheeler to each of the OCs and if there is any problem in travelling by vehicle, one bike would be given so that the police station can function smoothly.

Chief minister also assured that an amount of Rs 2.5 lakh would also be released to each of the police stations besides providing funds for building police quarters in police stations where land is available. He said that the police stations where there is no generator facility would be given generators. The chief minister appealed to police officials to stop taking bribes and asked the OCs to provide police verification reports within a short period. He asked the OCs to focus more focus on rape, murder, arms and drugs cases and ensure filing of charge-sheets at the earliest.