India   All India  06 Jul 2020  Army to verify if China has withdrawn from flashpoints
India, All India 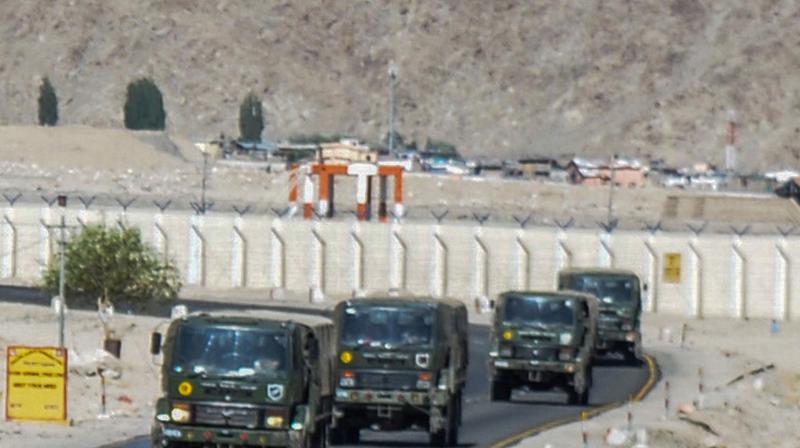 An Indian convoy moves to a forward location near the Line of Actual Control in Ladakh. (File photo: PTI)

New Delhi: The Indian Army is in the process of verifying whether China has started moving back troops from the flashpoints under the agreement reached between the two sides during the June 30 corps commanders’ meeting.

The movement of Chinese troops from the flashpoints will show whether China is serious about disengagement and bringing down tensions at the Line of Actual Control.

Last week, at the corps commanders’ meeting, both sides agreed they would implement the June 6 agreement to move forces back at Galwan Valley, Hot Springs and Gogra Post. In some places, soldiers from both sides are close, which could result in a clash. Moving back soldiers 2-3 km will bring down such a possibility. In later stages, troops are planned to move further back and ultimately out of the depth areas too.

The June 6 disengagement plan got derailed after the June 15 clash in which 20 Indian soldiers were killed, including 16 Bihar commanding officer Col. Santosh Babu. Col Babu had gone to tell Chinese soldiers to remove a tent near Patrolling Point 14 in the Galwan Valley.

Sources said the new disengagement plan is a step-by step process where each step will be verified by India before it takes the next. This will be a slow process which could take months, even extending into the winter.

India and China are involved in a bitter standoff at Pangong Tso, Galwan Valley, Hot Springs-Gogra Post, Depsang and Daulat Beg Oldie sectors. The sources said each of these standoff points was discussed in detail at the corps commanders’ meeting.

In all sectors, the Chinese side has tried to change the LAC by sending its troops in large numbers. It is reported to have deployed around 20,000 troops at the LAC in Ladakh sector, with another 12,000 troops kept in reserve, which can reach the LAC in 48 hours. India has also done mirror deployment of troops in Ladakh to counter the Chinese forces.