Claiming that campaign was misleading and undermines optimal nutrition, the experts urged the actor to call off association with Horlicks. 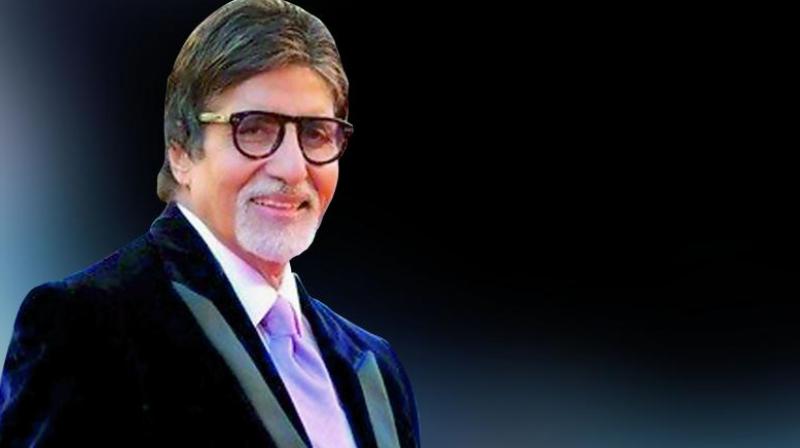 'Going by this recommendation promotion of Horlicks falls in category of inappropriate as they use false health claims in TV commercials,' experts said, adding that it dents Bachchan's image as a socially responsible celebrity. (Photo: File)

New Delhi: A group of public health experts have urged superstar Amitabh Bachchan to dissociate himself from promoting Horlicks, a multinational brand that has extended support to the centre's recently launched National Nutrition Mission aimed at addressing the issue of under nutrition in the country.

The experts under the banner of the Nutrition Advocacy in Public Interest - India (NAPi) in a letter to the actor said, "Horlicks is a high sugar product, as 100 gram of a popularly advertised pack of Horlicks Delight, contains 78 gram of carbohydrates of which 32 grams is sucrose sugar".

"This is harmful for children as it may contribute to childhood obesity and non communicable disease in later life,” the experts said.

They said the WHO recommends a reduced daily intake of free sugars throughout the life course to less than 10 per cent of total energy intake.

Furthermore, in the interest of good health WHO suggests intake of free sugars to below 5 per cent of total energy intake, the letter stated.

The letter mentioned that in 2016, the World Health Assembly (WHA) adopted a Resolution 69.9 that recommends ending inappropriate promotion of foods for children from ages 6-36 months based on WHO and FAO dietary guidelines.

"Going by this recommendation promotion of Horlicks falls in category of inappropriate as they use false health claims in TV commercials," they said, adding that it dents Bachchan's image as a socially responsible celebrity.

"I fear that this campaign may have serious adverse repercussions: Horlicks is expensive and is likely to drain pockets of marginalized families under the misbelief that Horlicks is a good nutritious product for children as it is endorsed by Bachchan. Thus Horlicks may displace healthy real family home foods and this way contravenes tackling the problem of undernutrition among children," said Dr Arti Maria, Head of Neonatology Department, RML hospital.

Dr Aseem Malhotra, a renowned British cardiologist and author of "The Pioppi Diet" and former Director of Action on Sugar, UK, said high sugar foods/beverages should be prohibited for children as sugar has no nutritional value and that there is increasing evidence that added sugar increases the risk of developing type 2 diabetes, metabolic syndrome and fatty liver.

Claiming that the campaign was misleading and undermines optimal nutrition, the experts urged the actor to call off his association with Horlicks.

On March 8, on the occasion of International Women's Day, Prime Minister Narendra Modi had launched the National Nutrition Mission at Jhunjhunu in Rajasthan.