In bid to check e-waste, Rajasthan govt to buy it

Cash to be given for electronics, jute bag to be provided in exchange for plastic bags. 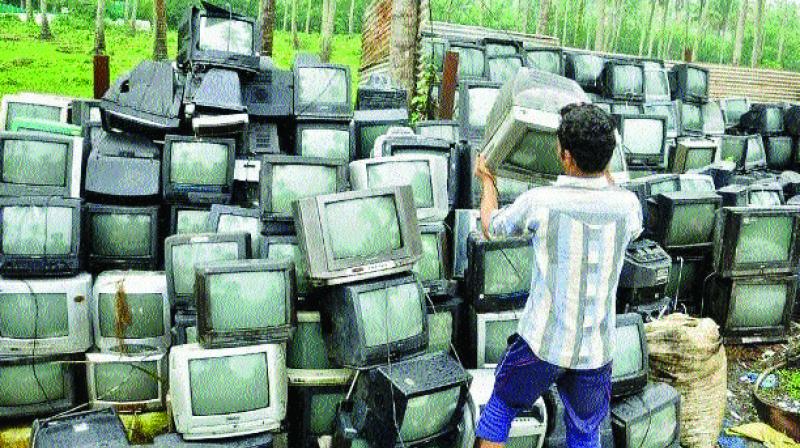 In a bid to check e-waste problem, Rajasthan government has decided to buy e-waste.

Jaipur: It’s the age of smartphones and laptops, but don’t dump your feature mobile phone, desktop computer or any other electronic device that you may think useless and outdated. There is good news that you can still fetch some money from them.

In a bid to check e-waste problem, Rajasthan government has decided to buy e-waste.

It has launched the scheme on the World Environment Day wherein people can deposit old phones, computers, routers and any other electronic item they no longer use and recover some cost by way of cash back.

The state pollution control board, along with Indian Oil, Instacash and Greenspace, has started campaign to create public awareness against e-waste and plastic.

They have set up 20 collection point for e-waste and plastic bags at Indian Oil petrol pumps in Jaipur. While, cash will be given against e-waste, jute bag will be provided in exchange of plastic bags. What’s more there is a referral draw. “E-waste is becoming a huge problem so to create public awareness, we have started this campaign,” said Aparna Arora, chairman of Rajasthan State Pollution Control Board.

Rajasthan is believed to be generating 20,000 tonnes of e waste per year and though it has 10 recycling units with capacity of 68,670 tonnes, they are all under utilised because e-waste is not reaching them.

Common man doesn’t know about how to dispose of e-waste or take it to recycle centers.

Recycle plants are set up by producers but there is no system in place to take e-waste to these plants. Despite, clearly laid out rules that manufacturers will have to create awareness, set up collection centres, collect waste and treat it, there is nothing on the ground.

Even Jaipur Municipal Corporation, too, is not performing its duty whereas as per the Central Pollution Control Board’s rules for e-waste management, it is municipal body’s responsibility to segregate e-waste from solid waste apart.

Besides, it is for the Jaipur Municipal Corporation to take the e-waste from market and take it to dismantler and recycler.

“So far we were focusing only on garbage collection but soon we will put up a system in place for e-waste as well. Till then we will run a public awareness campaign,” said Mayor Ashok Lahoty.