The event was held to felicitate the people behind making Indore the cleanest city in India. 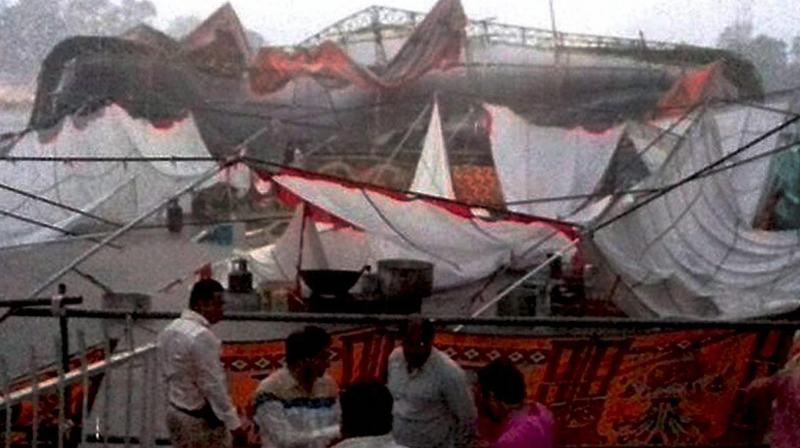 All of them were escorted out safely, though at least 10 people were injured in the incident.

The event was held to felicitate the people behind making Indore the cleanest city in India. Heavy rains accompanied by strong wind blew away the tent.

A lighthouse erected near the pandal collapsed, causing injuries to several people. The police said many people were trapped inside the collapsed tent and were later rescued. “I am safe and I am supervising the rescue operation,” chief minister tweeted.

Around 2,000 people, including women and children, had gathered at the function, and rain started lashing as the event started. Later, the accompanying strong wind brought the tent crashing down, triggering panic among the people.