24 killed as bus in UP burnt after it hits truck

According to witnesses, the bus caught fire when most passengers were asleep. 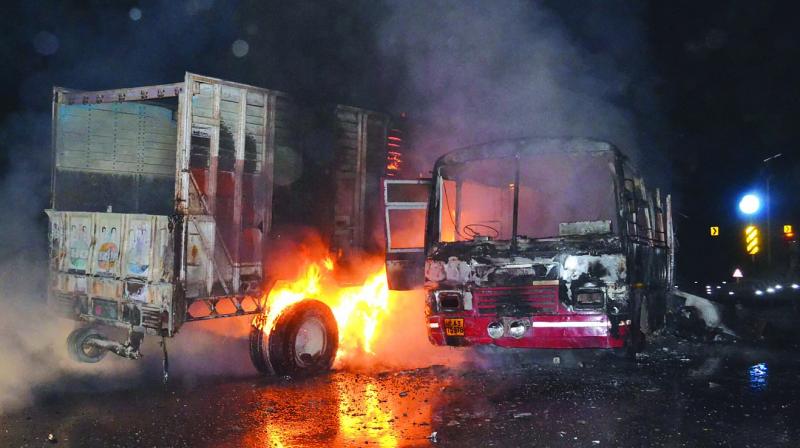 A passenger bus catches fire after colliding with a truck on National Highway 24 in Bareilly on Sunday night. (Photo: PTI)

Lucknow: At least 24 passengers were charred to death and several others injured when a state roadways bus caught fire after colliding with a truck on National Highway 24 in UP’s Bareilly early Monday. The bus was on its way to the state’s Gonda from New Delhi.

According to witnesses, the bus caught fire when most passengers were asleep. Some managed to escape through the windows.

The diesel tank of the bus apparently burst and caught fire. About 20 seriously injured passengers were admitted to a local hospital. The condition of some of them is said to be critical.

Some bodies were charred beyond recognition. DNA samples of all bodies will be preserved for identification.