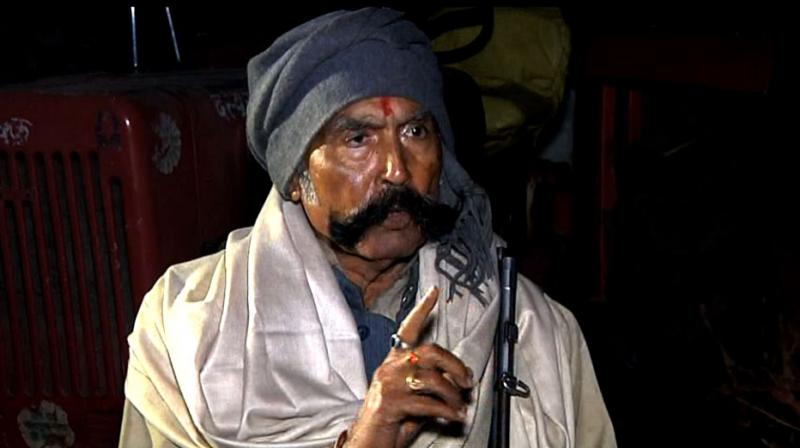 Bhopal: Ex- bandit Mohar Singh Gurjar who had unleashed a reign of terror in the Chambal valley in the 1960s and was credited to have coined the famous dacoit jargon, “My words are the law of Chambal and my gun delivers judgment”, passed away at his village of Mehegaon Kesba in Bhind in Madhya Pradesh on Tuesday after prolonged illness.

Mohar who was initiated into banditry at the age of 18 in late 1950s had total 315 cases registered against him in various police stations in the states of Madhya Pradesh, Uttar Pradesh and Rajasthan, including 85 murders before he surrendered before Jai Prakash Narayan in 1971-72 along with his gang of over 150 dacoits.

A reward of Rs two lakh was announced on his head and Rs 12 on the heads of his gang members by the time they surrendered before police.

In fact, his police file was marked as ‘E-one’, an abbreviation of enemy number one.

The bandit known for his fierce looking moustache, however, had transformed himself after he joined the mainstream by devoting his rest of life on serving the poor, particularly sponsoring marriage of poor girls in the villages which gained him the ‘Robinhood’ image among the locals.

He was elected unopposed as chairman of Mehegaon notified area council in 1996 following his ‘selfless’ service to the poor.

He shot into news in September, 2019 when he wrote a letter to Prime Minister Narendra Modi pleading him to restore the ninth century Bateswar group of temples in Morena in Chambal region, established by the Gurjar Parihar ruling dynasty then.

The shrine, around 40 percent of temples of which still lie in state of ruins, was considered very significant for the Chambal dacoits then for they used to pay obeisance to the deities of the temples before launching any operation against their adversaries.

Mohar Singh who was known as most ruthless bandit after the Chambal dacoits Man Singh and Madho Singh, had escaped into the valley to turn dacoit following alleged police harassment against him.

However, the police filed a case against him instead, provoking him to turn a ‘rebel’.

His network in the region was so strong that he used to learn about presence of police within 20 km area within ‘no time’, helping him plan his escape.