India   All India  06 May 2019  No error, 22 Telengana students took life due to bad results: Education Board
India, All India

No error, 22 Telengana students took life due to bad results: Education Board

In all cases, the board found that there were no major errors which would change the marks of students from fail to pass, the release said. 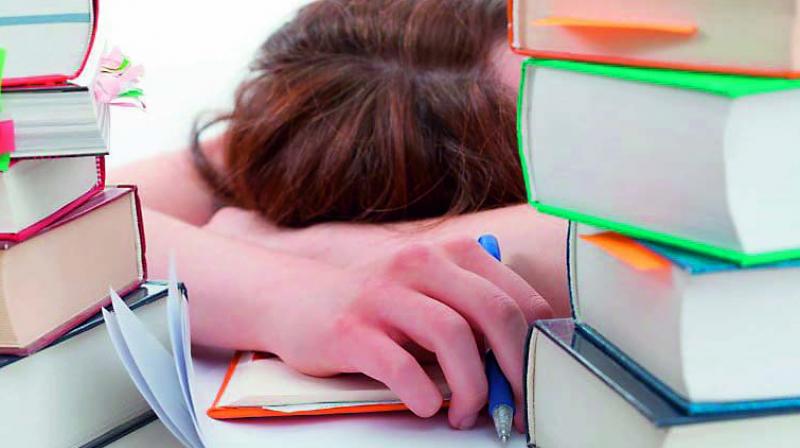 The Telangana State Board of Intermediate Education (TSBIE) on Sunday said it has carried out an analysis of the answer sheet of students who had allegedly committed suicide due to the goof up in the evaluation of the Telangana Intermediate Results 2019. (Representational Image)

Hyderabad: The Telangana State Board of Intermediate Education (TSBIE) on Sunday said it has carried out an analysis of the answer sheet of students who had allegedly committed suicide due to the goof up in the evaluation of the Telangana Intermediate Results 2019. However, officials found that none of the cases was linked to an error in the publication of the exam results.

Though 22 students had allegedly committed suicide and that three attempted to take the extreme step, the board in a statement termed the media reports that the suicides were due to an error in the publication of results as allegations without any truth in them.

The board said it got all the scripts of candidates who committed suicides and got it re-verified by the subject experts by forming a committee and checked for any errors either in evaluating the answer scripts, posting of marks or for totalling mistakes.

In all the cases, the board found that there were no major errors which would change the marks of students from fail to pass, the release said.

It further said media reports have also reported that due to error, thousands of students have failed as per their scorecard, but none of the students had failed due to error as errors were rectified immediately after the declaration of the results.

"The failure is purely on the basis of students' poor academic performance in the examination in a few subjects. This point needs to be clarified as there is no major deviation in pass percentage compared to previous years," the board said.

It was observed there was no remarkable change in the result of the students after re-verifying. Failed subjects, remained failed after re-verification too, the board said.

So, the board felt that an in-depth analysis of these cases should be done by an expert committee and steps would be taken based on the report to avoid future cases of suicide.

Student names and answer sheets not made public to protect privacy

"While the board expresses deep regret over the suicides and acknowledges it is an irreparable loss to the parents, however, it is clarified that suicides committed by the students have no relation to mistakes due to technical and result processing errors," the release said.

Since the parents were already in distress and in grief, these names and scripts were not made public, it said.

But, for anyone who wishes to have access to these papers for academic purposes or who wishes to analyse the reason behind these deaths can write to the board for the copy of the scripts and it would be provided, the release added.

No re-verification fee to be paid by students

The three-member committee of technical experts, appointed by the Telangana government following the furore over intermediate examination results, in its report pointed out certain lapses and suggested various measures for improvement.

Telangana Chief Minister K Chandrasekhar Rao had directed the officials not to charge any fee for re-verification and re-counting from failed students.

The government had also announced that failed students need not apply for re-counting and re-verification.