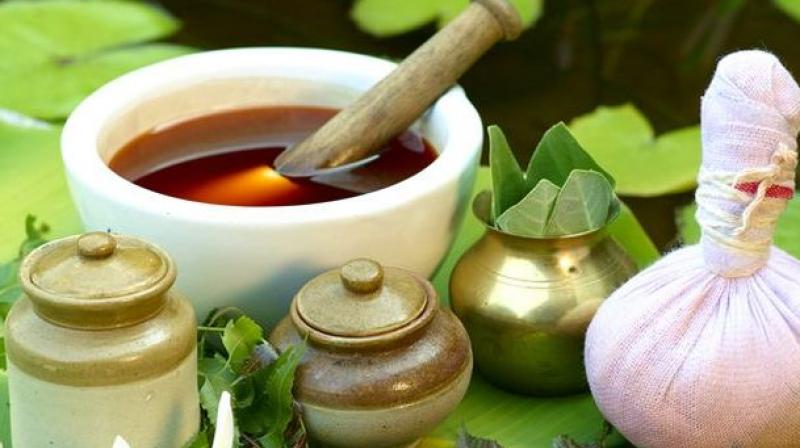 New Delhi: Auguring well for research in ayurveda and other traditional systems of medicine, the Union ministry of Ayush and the Council of Scientific and Industrial Research (CSIR) have joined hands to help integrate modern scientific methods with Indian’s centuries-old knowledge and promote herbal products.

In the past, too, CSIR labs have undertaken research, along the Central Institute of Medicinal and Aromatic Plants (CIMAP) and the National Botanical Research Institute (NBRI), to jointly develop anti-diabetic herbal drug BGR-34. The scientifically validated poly-herbal ayurvedic blood glucose regulator BGR-34, marketed by marketed by Delhi-based AIMIL Pharmaceuticals, has been prepared from six medicinal plants. Mr Kotecha said that a combination of traditional healthcare and modern basic science has a huge potential for path-breaking research.

As per the latest MoU, the ministry and the CSIR will pursue R&D on ayush specific diagnostic tools and multi-ingredient herbal formulations, including their standardisation. Collaboration in preserving and protecting traditional knowledge related to the Indian systems of healthcare will also be strengthened, said a ministry statement.

Mr Mande said that enhancing the collaboration with the ministry through joint R&D efforts ranging from fundamental science to validation and, thereafter, product development will significantly help in the growth of the Indian contribution to the herbal drugs sector, not only nationally but also internationally.

He expressed confidence that the partnership with the ministry will help boost the prospects of Indian herbal products in quality-conscious domestic as well as global market.

The CSIR director said the MoU will also help in development of international standardised terminologies (disease-morbidity codes) in ayurveda, siddha and unani.