India   All India  06 May 2018  Circular to inform cops about Dalit weddings in advance revoked in MP
India, All India

The circular asking Dalits to submit notice 3 days prior to the wedding if they need protection, was done to maintain law and order. 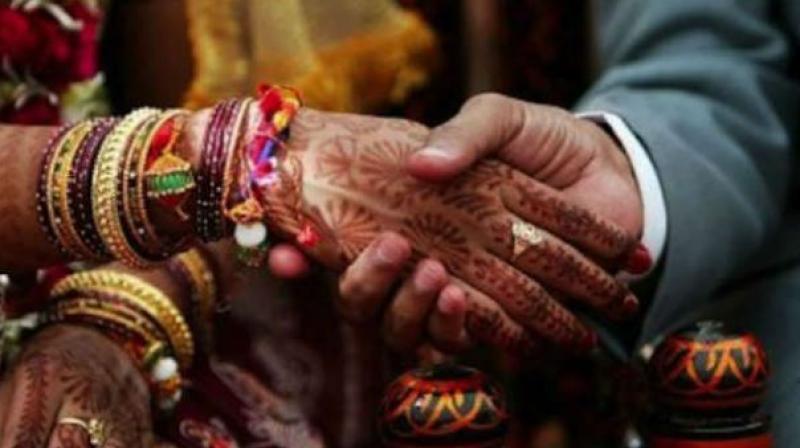 The circular asking Dalits to submit notice three days before their wedding if they need protection, was a preventive action to maintain law and order. (Photo: Representational)

Ujjain: Authorities of a town in Madhya Pradesh's Ujjain district withdrew an order on Saturday that had asked functionaries of village panchayats to intimate the police about any weddings in Dalit families three days in advance.

The order, issued on April 16 in Mahidpur town, 244km from Bhopal, came two days after a wedding procession of a Dalit groom was allegedly stopped by upper-caste men.

The man belonged to the Scheduled Caste Balai community, said an official. In the order, the sub-divisional magistrate (SDM) of Mahidpur, Jagdish Gome, had directed the secretaries of all village panchayats within his jurisdiction to inform the police three days in advance about any weddings being organised by families belonging to the Scheduled Castes (SCs), Scheduled Tribes (STs) and Other Backward Castes (OBCs).

The order stated that these village panchayat secretaries were to immediately inform the local police station in-charge, in writing, by post or on the official WhatsApp group.

"The order issued by the SDM has been revoked with immediate effect," District Collector Manish Singh said on Saturday. The Mahidpur SDM said the order was issued as a "precautionary measure", following the incident on the night of April 14, which incidentally happens to be Ambedkar Jayanti.

Leader of Opposition in the state Assembly, Ajay Singh, however, termed the order a "blot" on social harmony. "Dalits are being disrespected in a planned way across the state. The order issued by the district administration in Ujjain is a blot on the social harmony of the state," Singh said.

The senior Congress leader also pointed to a recent incident, which occurred in MP's Dhar district, in which police aspirants have had their caste categories marked on their chests during a medical examination.