Earlier this week, a clash broke out between students of the AMU and the police over the matter. 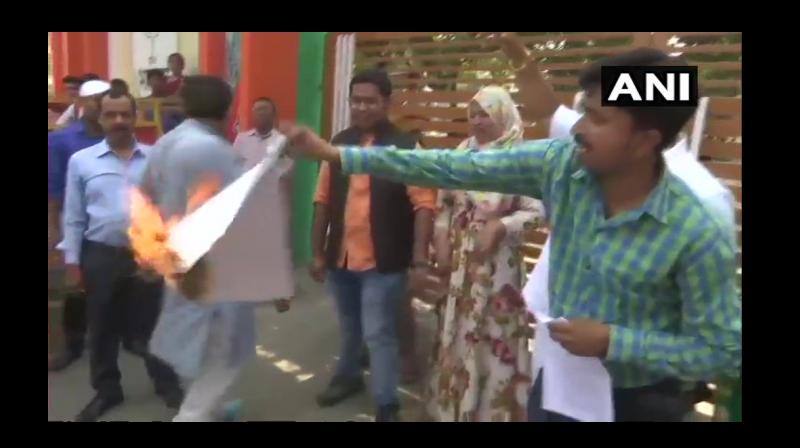 The controversy surrounding Jinnah's poster triggered after the BJP Aligarh MP Satish Gautam wrote a letter to AMU's vice-chancellor seeking an explanation on the portrait of Pakistan's founder in the students' union office. (Photo: ANI)

Lucknow: Muslim organisations on Saturday burnt 'anti-Jinnah' posters outside BJP office in Lucknow in protest against the portrait of Muhammad Ali Jinnah in Aligarh Muslim University.

The police seized an effigy of Jinnah from them.

Earlier this week, a clash broke out between students of the AMU and the police over the matter.

Internet services were also suspended in Aligarh to prevent the communal flare-up over the issue.

The portrait of Jinnah has been hanging on a wall in the students’ union office at AMU for decades.