Odisha girls find Rs 1 lakh, give it to cops

It was suspected that the cash had fallen from a motorcyclist who was travelling from OMP Square to Madhupatna. 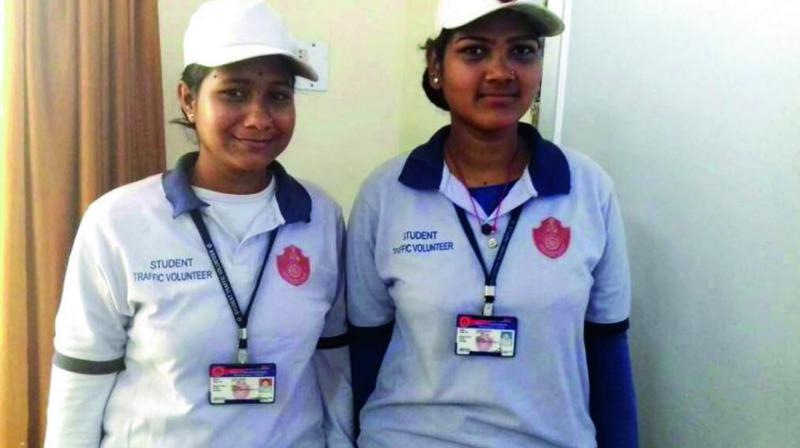 Bhubaneswar: Setting an excellent example of honesty, two 19-year-old girls deposited over Rs 1 lakh they recovered from a road while doing their duty at busy Madhupatna junction in Odisha’s Cuttack city, reports said on Friday.

It was suspected that the cash had fallen from a motorcyclist who was travelling from OMP Square to Madhupatna.

Instead of showing any greed for the money, Ms Rashmita and Ms Sujata, both active members of the young brigade of the students’ traffic volunteers of Bhubaneswar-Cuttack commissionerate, went to assistant commissioner of police P.K. Dalai and handed over the money packet to him.

Union minister Dharmendra Pradhan in a tweet congratulated both the girls for showing honesty and returning the money.

“Such action by the young traffic volunteers will inspire others and mostly youth to follow their path,” Mr Pradhan tweeted.

“We were doing our duty when we found a bundle of Rs 2,000 notes lying on the road. We searched for the owner but could not find any claimant. As our duty was about to get over, we then handed over the bundle of cash to Dalai,” said Ms Rashmita who hails from Ramnagar on the outskirts of the city.

“Despite all odds, we have been taught by our family to be honest and work for the welfare of the society,” Ms Sujata added.

“It is a matter of pride for us that the college students who are part of our voluntary police service have set an example of honesty for others to follow,” Mr Dalai said.