India   All India  06 May 2017  Will take action against those responsible for gas leakage: Kejriwal
India, All India

Will take action against those responsible for gas leakage: Kejriwal

Sisodia said a team from the AIIMS was carrying out a study on the medical impact of the gas leakage incident. 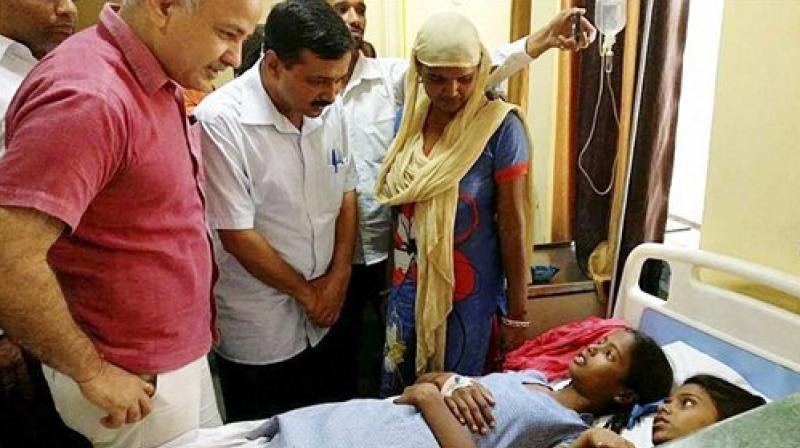 New Delhi: Strict action will be taken against those found guilty in the gas leakage incident that led to the hospitalisation of around 450 girl students in southeast Delhi's Tughlakabad area today, said Chief Minister Arvind Kejriwal.

Deputy Chief Minister Manish Sisodia said most of the girls, who were hospitalised after they complained of irritation in eyes and breathlessness, were discharged, adding that a few of them were kept under observation.

"The Delhi government has asked the district magistrate to investigate the matter and find out how the gas was leaked at the depot. We have asked the DM to take strict action against those found guilty of negligence," Kejriwal told reporters after meeting the students at one of the hospitals.

Sisodia said a team from the All India Institute of Medical Sciences (AIIMS) was carrying out a study on the medical impact of the gas leakage incident.

Earlier in the day, around 450 girl students of two schools run by the city administration Rani Jhansi School and Government Girls Senior Secondary School had to be hospitalised after toxic fumes spread due to a chemical leakage at a container depot located near the schools.

Union Health Minister JP Nadda has instructed all the Centre-run hospitals to be ready to help the victims.

A team of doctors from the AIIMS has been put on stand-by to cater to any emergency.