Diya Kumari was earlier the BJP's Sawai Madhopur legialator and had vacated her seat in the 2018 Assembly polls for another BJP candidate Asha Devi. 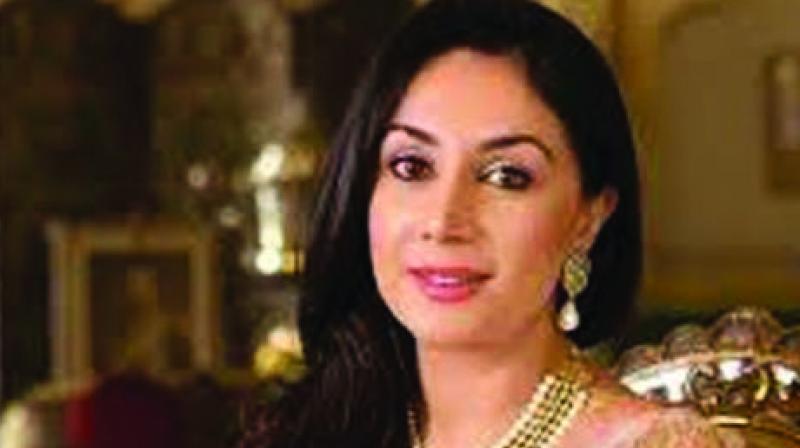 Jaipur: In an effort to target the influential Rajput community in Rajasthan, the BJP is eyeing to field Jaipur ‘princess’ Diya Kumari in the forthcoming general elections. A former state legislator, Kumari,  is likely to debut on the national stage in the 2019 Lok Sabha polls.

It is learnt that Kumari is the frontrunner from Rajsamand Lok Sabha constituency.

“The party is considering her for the Lok Sabha,” sources said. Kumari did not contest the recent Rajasthan assembly election in which the party fared badly and lost the state to Congress.

Diya Kumari was earlier the BJP's Sawai Madhopur legialator and had vacated her seat in the 2018 Assembly polls for another BJP candidate Asha Devi.

Sources stated that Diya Kumari has been stealthily put to use by the BJP to repair its frayed relationship with the state’s powerful Rajputs.

BJP voters by tradition, Rajasthan’s Rajputs have reportedly been miffed with former chief minister Vasundhara Raje over a host of issues, beginning with the denial of candidature to former union minister Jaswant Singh in 2014.

Deploying Kumari to soothe the Rajputs was a last-minute strategy devised by the BJP, sources said. The former royal has reportedly been speaking to influential community leaders of the state to secure their support for the BJP.

The community is said to be the most powerful in Rajasthan despite comprising less than 10 per cent of its population, on account of its vast land and commercial interests.

The community has the power to influence the voting outcome in at least half of the 25 Lok Sabha constituencies in the state.