Andhra CM also demanded immediate implementation of promises made by NDA in the State Reorganisation Act. 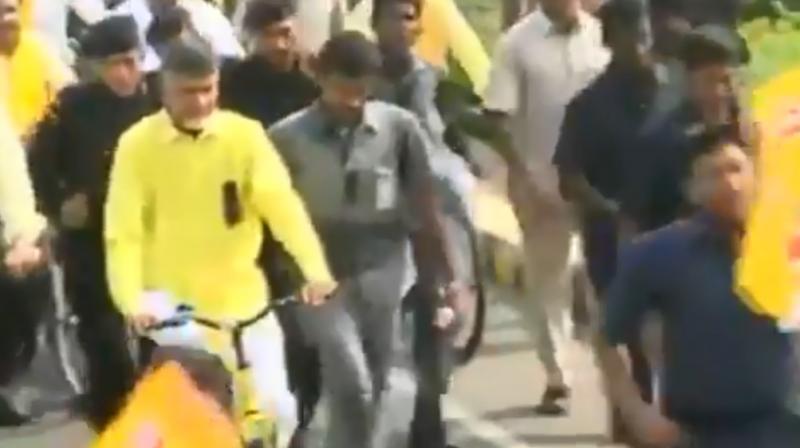 The chief minister and Telugu Desam Party (TDP) president led the rally from Venkatapalem village to the State Secretariat and urged the Centre to provide special status to Andhra Pradesh, as promised by the National Democratic Alliance (NDA).

The chief minister also demanded immediate implementation of all the promises made by the NDA during the bifurcation of then united Andhra in the State Reorganisation Act.