India   All India  06 Apr 2017  Women chase away liquor shops staff to protest vends' shifting in UP
India, All India

The women of Parsiya village staged protests against the liquor shops which have been shifted to the residential areas of the village. 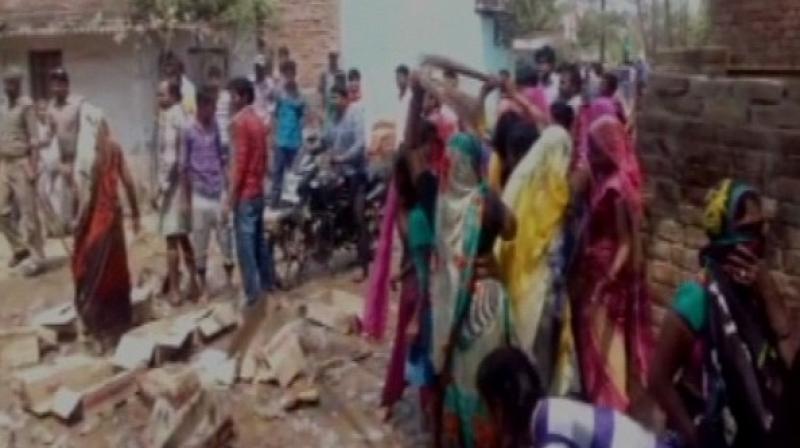 Badaun : Women in a village on Thursday chased away the employees of liquor shops to protest the shifting of the vends in residential areas, prompting authorities to form a team to look into the matter.

The women of Parsiya village staged protests against the liquor shops which have been shifted to the residential areas of the village, an official said.

During the protest, they also broke the locks of the liquor shops and chased the liquor traders and salesmen, Additional district magistrate (administration) Ajay Kumar Srivastava said.

Similar protests were reported from Mohalla Nekpur and Sidhpur Chitrsen village. The situation improved only after police intervened and pacified the agitating women, he said. The district magistrate has formed a team, which would visit the spot and resolve the matter there itself, the ADM said.

The team will hold talks with both the parties, inspect the documents and submit its report to the District Magistrate, the officer said.

The Supreme Court had ordered a ban on all liquor shops within 500 metres of the national as well as the state highways across the country.