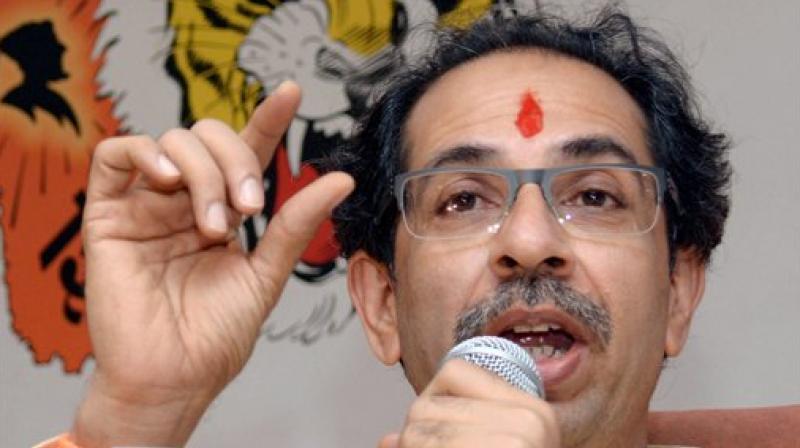 Panaji:  The Shiv Sena on Thursday demanded that the Goa government should impose a moratorium on issuance of new Excise licences in the state for a year so that liquor vendors hit by the apex court order banning sale of liquor along highways, would get time to shift their outlets.

The Uddhav Thackeray-led party also demanded a complete ban on cow slaughter in Goa, but said beef could be imported from outside the state for consumption.

"The government should stop issuing any more new excise licences across the state and instead allow the affected liquor traders to shift to other places beyond the banned area," Sena's Goa unit spokesperson Rajesh Gaonkar said.

The state government should have actually acted against the roadside liquor vendors on its own rather than waiting for the Supreme Court to issue directives, he added.

"For the next one year, the Excise department should not issue even a single new licence. The liquor vendors, who are impacted by the SC order, should be either allowed to sell their licence to the new aspirant or relocate to other place," he said.

The Sena leader said if new licence was not issued for a year, the affected vendor would get an opportunity to re-establish himself. "The moratorium on new licences can be lifted after a year," he said.

The state Excise department has issued notices to nearly 3,000-odd outlets falling within 500 metres of the national and state highways. However, the liquor traders are hopeful that the order will not have a severe impact on their businesses as the apex court has reduced the area of ban to 220 metres in areas having a population of up to 20,000.

Gaonkar said that the party had no objection to consumption of beef in the state, but demanded that there should be a ban on slaughtering of cows in the state.

"Meat can be imported from outside the state to meet the requirement of beef-eating population," he said.

The Sena leader alleged that there are several illegal and unhygienic slaughter houses operating in the state, which need to be closed.