RS passes GST with no amendments after Manmohan Singh intervenes

All the states will now have to pass the States GST Bill after which the new indirect tax regime can be rolled out. 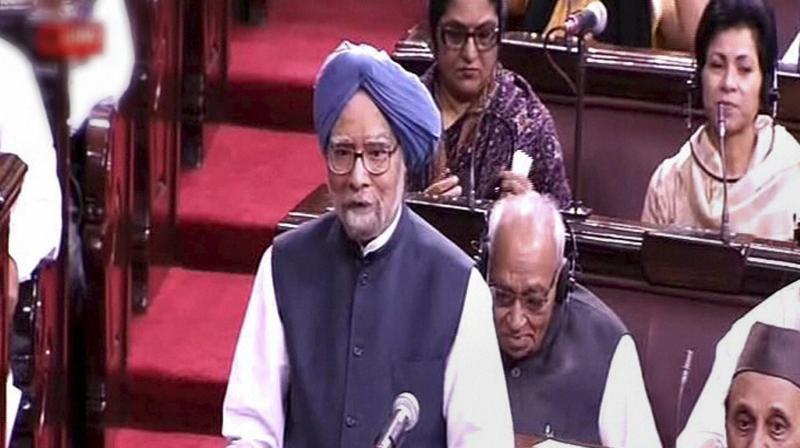 New Delhi: The Rajya Sabha on Thursday passed four key bills of the much-awaited Goods and Services Tax (GST), paving way for the government to launch on July 1.

According to an NDTV report, former Prime Minister Manmohan Singh had intervened in the Rajya Sabha just before the vote and had asked Congress members to not ask for amendments in the bills to ‘maintain consensus and federal agreement.’

With Congress holding the majority in the Rajya Sabha, the amendments moved by other parties were rejected.

All the states will now have to pass the States GST Bill after which the new indirect tax regime can be rolled out.

Speaking after the bills were passed, Singh said, "It could be a game changer but can't assume there will be no difficulties on the way."

Finance Minster Arun Jaitley, on the other hand, said that he was "happy at the fact that when it comes to enforcing GST bill all political parties came out in one voice".

He further added that a July 1 rollout was likely, saying that the final rules and rates will be approved on May 17, 18.

The Central GST deals with taxation related to Centre, integrated GST deals in taxation of inter-state movement of goods and services while the Union Territory GST Bill covers taxation in Union Territories.

The compensation law has been prepared to give a legislative backing to the Centre's promise to compensate the states for five years for any revenue loss arising out of GST implementation.

According to Union Finance Minister Arun Jaitley, the prime objective of the GST is to have one tax and each assessee with one assessing officer. Under the GST, for one commodity there will be only one tax rate in the country.

The 'revolutionary' bill, which is said to be a culmination of all indirect taxes under one bracket, is being scheduled for rollout on July 1, 2017.